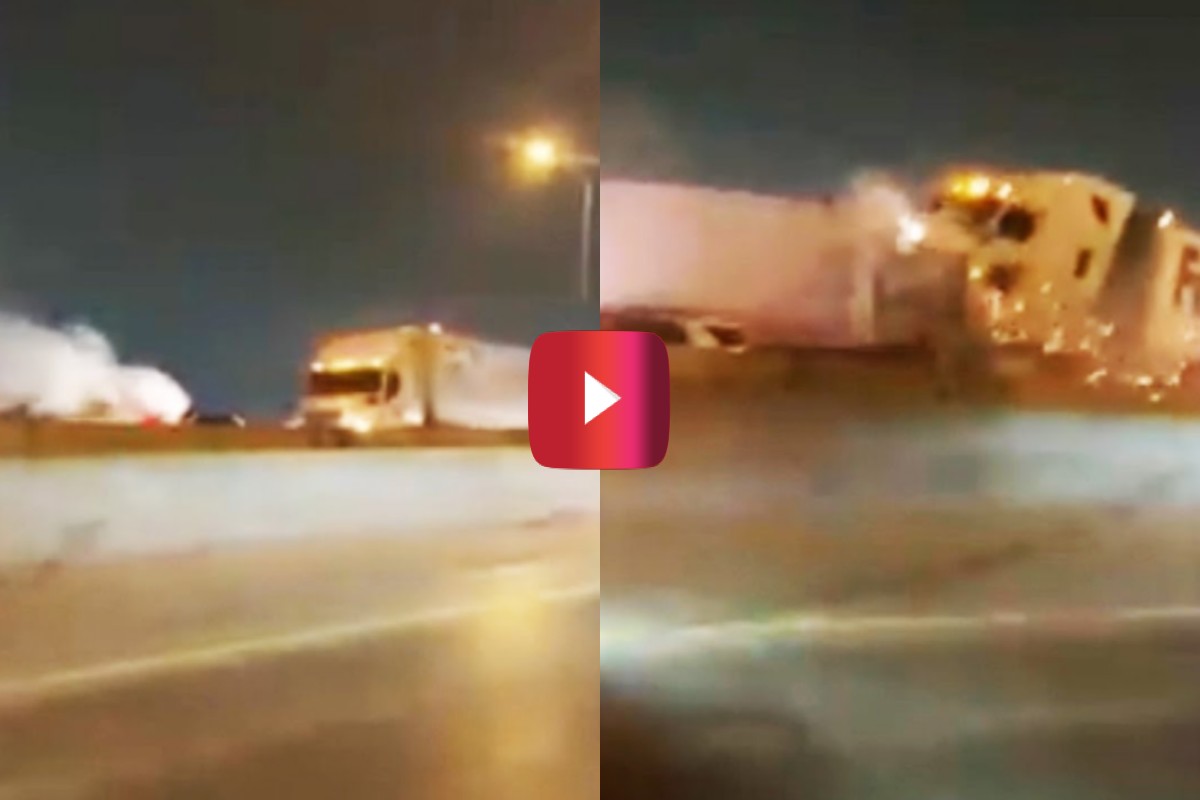 This was a pretty devastating sight to see last month in Fort Worth, Texas, especially with it being so close to home for me. Numerous videos have been released showing this scary situation on Interstate 35, and it can be difficult for some to view the footage. It was referred to as a “mass casualty event,” leading to five deaths and many more injuries.

The cause of this 100-car pileup was a thin layer of ice that collected on the highway during the winter storm. Motorists lost complete control of their vehicles as they hit certain parts of the roadway, rendering their brakes practically useless. With poor visibility also being a factor, this situation escalated extremely quickly.

Onlookers from the other side of the road watched in horror as they saw everything unfold. While some drivers got out and ran for safety, others were still trapped inside their vehicles well into the morning.

Perhaps the most shocking part of this whole video is when we see a FedEx truck coming in with a considerable amount of speed, with no chance of slowing down. It slams into the back of the pile, launching vehicles in every direction. Not only that, but the truck gets pushed into the air, and even lands down on about three or four cars.

The scene is enough to make your heart drop, and it truly shows just how dangerous the highways can be in these conditions. Texans especially have not experienced this type of winter storm in a very long time.

Crashes may occur every day on the roadways, but this was certainly no ordinary crash. The 100-car pileup took over a day to get completely cleared out, and repairs to the highway were set to take place shortly after. These are the types of reasons they urge us to stay off the roads during a storm like this, and. hopefully, after this happened, others will consider to weigh that risk more heavily.