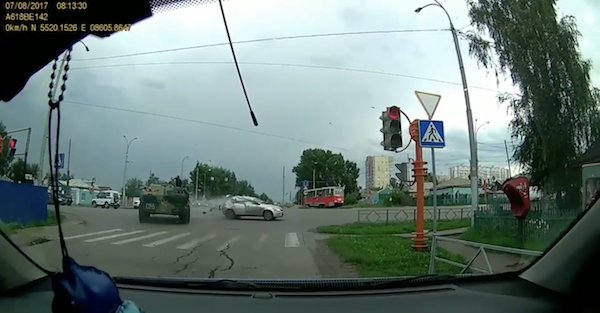 It’s beginning to come clear that Russia doesn’t recognize what the rest of the world has come to understand as traffic “laws.” Sure, there are lights, signs, and crosswalks, but these seem to be mere suggestions. An idea of what traffic might look like if you were in another country. But, in Russia at least, there are also sudden tank crossings with very little warning. Yeah, it’s exactly as terrifying as it sounds.

And now from another angle!

So, yeah, that sums it up. Turn’s out Putin wasn’t trying to be manly when he took that topless photo riding a horse, he was just trying to get as far away as possible from any Russian road.

Related: This is peak Russia in a sidecar