Dashcam captures a car crashing and spinning out on the freeway 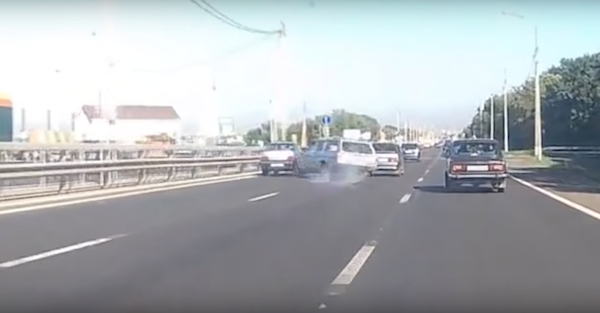 A dashcam captured footage of a car losing control on the free way and spinning out in the middle of the freeway.

The car speeds into the frame in the matter of seconds before nearly rear-ending another vehicle. The driver loses control of the vehicle, and he spins out and crashes into the railing.

Related: Dashcam proves you have to be ready for anything on Russian roads

No other cars appeared to be impacted by the car spinning out, but it was a very dangerous looking situation.

It’s possible the car’s brakes failed, but it’s not entirely clear what happened to cause the accident. Hopefully there were no injuries.