Driver Loses a Tire and Chases It Down Highway 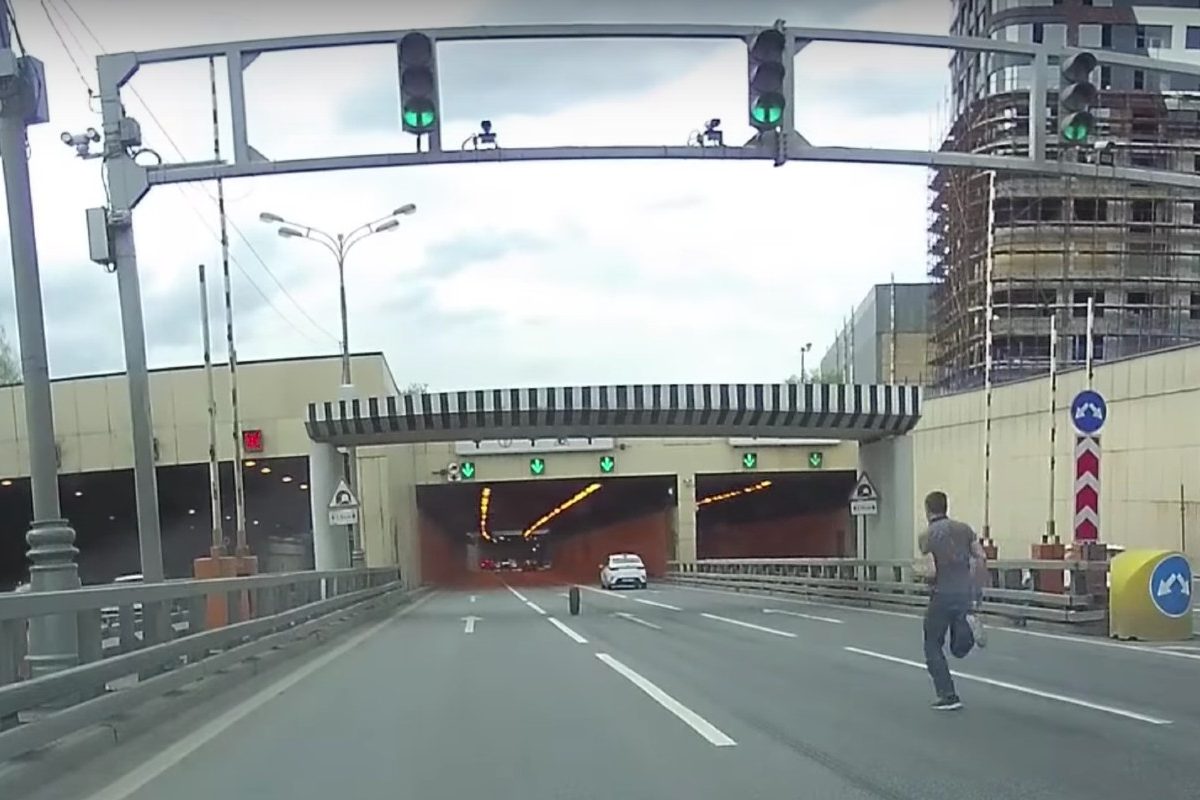 If life is a highway, then one guy has been having a rough go of it recently. Of course, the guy I’m talking about is the one in the above video who straight up lost a tire in the middle of traffic in Moscow, Russia and ended up having to chase after it.

First off, it’s always been crazy to me that just about every driver in Russia seems to have a dashcam. It’s almost like they’re willing wild and crazy stuff into existence, and, I don’t have the stats in front of me, but it seems as if the most off-the-wall stuff goes down during Russian traffic. If there were a list out there ranking the places in the world that have the most instances of ridiculous road-based shenanigans, Russia would have to be number one, with Florida probably taking a close second.

Now, this video may only be a little over a minute long, but a lot goes down in that time. The guy recording the whole thing is just going on about his day, when all of the sudden, a back tire pops off the car in front of him, he drives OVER it, and then witnesses the driver of the three-wheeled car take off after the tire like he’s running an Olympic sprint.

I mean, this is definitely not something you see every day. Unless you live in Russia. Then, it’s probably about as common as getting stuck at a red light.

As crazy as this video is though, it did leave me wanting just a little bit more. Did the driver ever end up successfully chasing down his tire? Did he get hit by a car? I’m guessing we’ll probably never know, but one YouTube commenter provided a theory that we’ll just have to stick with until proven otherwise.