Crazy driver causes an accident after running people off the road 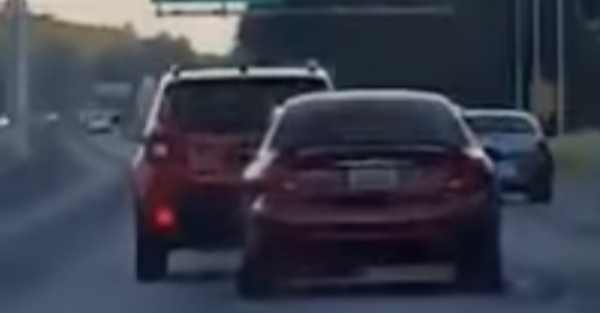 Commuters on I-20 in Alabama witnessed an insane driver run people off the road and cause an accident.

A passenger of a car filmed the crazy driver, who was swerving in and out of lanes and following other drivers way too closely. The NSFW video shows the car running a transfer truck off the road before crashing into the median.

Related: A driver had the most amazing luck during this 100 mph crash

Hopefully no one was injured, and hopefully whoever filmed the crash turned the video over to authorities so they can address the driver’s antics.

The driver put several other people’s lives in jeopardy. It’s a scary video to watch knowing there are many drivers on the road like this.