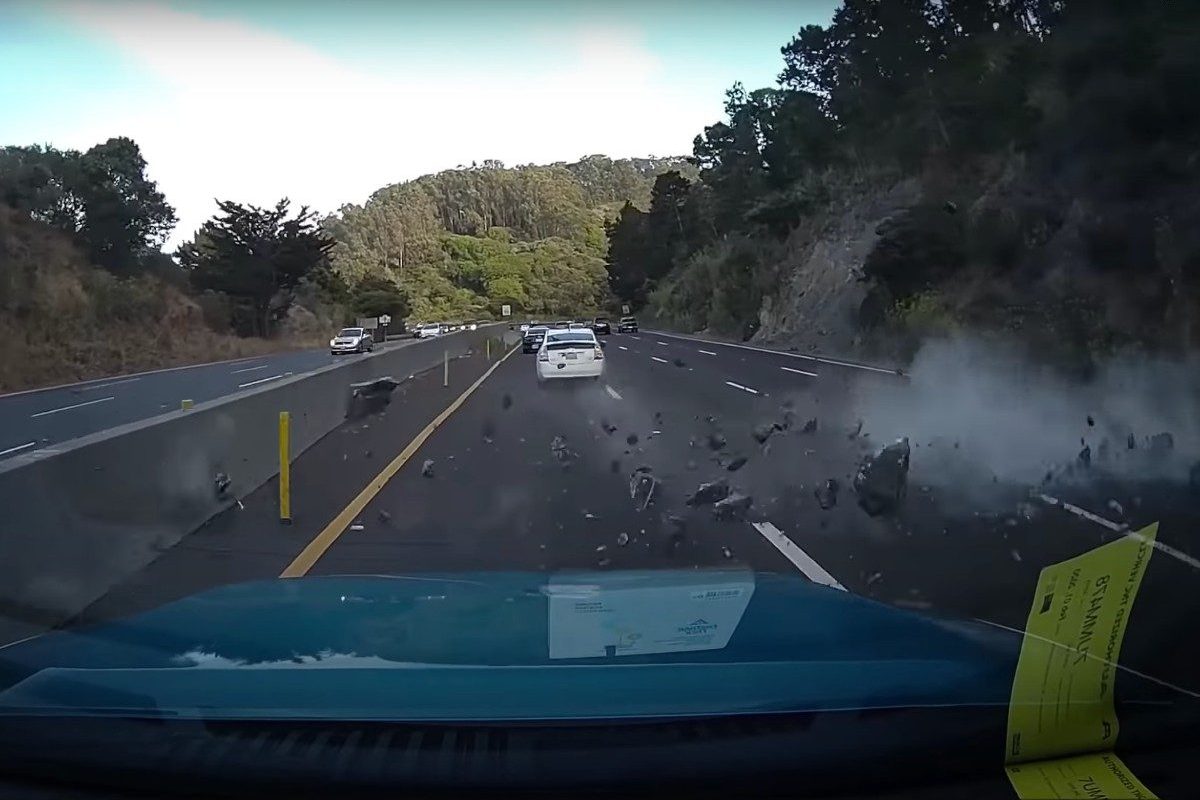 Only in a state like California can a drive turn from wonderfully scenic to wheel-clutchingly terrifying in a matter of seconds. How so, you ask? Well, because they have freakin’ rockslides in California. As in, rocks bigger than your head can come toppling down on you from seemingly out of nowhere. Fun!

One driver making his way through Sausalito had his life flash before his eyes when a number of boulders tumbled off a cliff and slammed into his Ford Expedition. Not great!

Here’s how the intense rockslide went down, according to the probably-still-shaken-up uploader of the video himself.

“So the falling rocks sign came to life on me coming south on 101 in Sausalito last Friday,” he writes.

“The top of the cliff about the size of a car fell off and broke up on the way down into 2ft size boulders that felt like they went through my Expedition causing over $21,000 damage. The cringe you see on my face is me bracing for death from the boulder that was heading for my face and the car-sized rock that was sure to crush me like a bug. Two big marks on the windshield one right in front of my head and a third one on the passenger window and the glass didn’t even crack. I think my Angels were busy. Freaked me out!”

I’m just gonna put this out there: I would, without question, straight-up poop my pants if this ever happened to me. So, props to this guy for (at least, as far as I know) not unleashing full-on fear shits in his trousers.

Though, as you can see from the below screenshots, the epically-mustachioed driver wasn’t the most stoic either as the rocks came crashing down on him. That, right there, was a visual representation of the three stages of surviving a rockslide: “What is happening?!”, “What just happened?”, and “I can’t believe that just happened.”