Driver Is Miraculously Unharmed After Cactus Crashes Through His Car Windshield 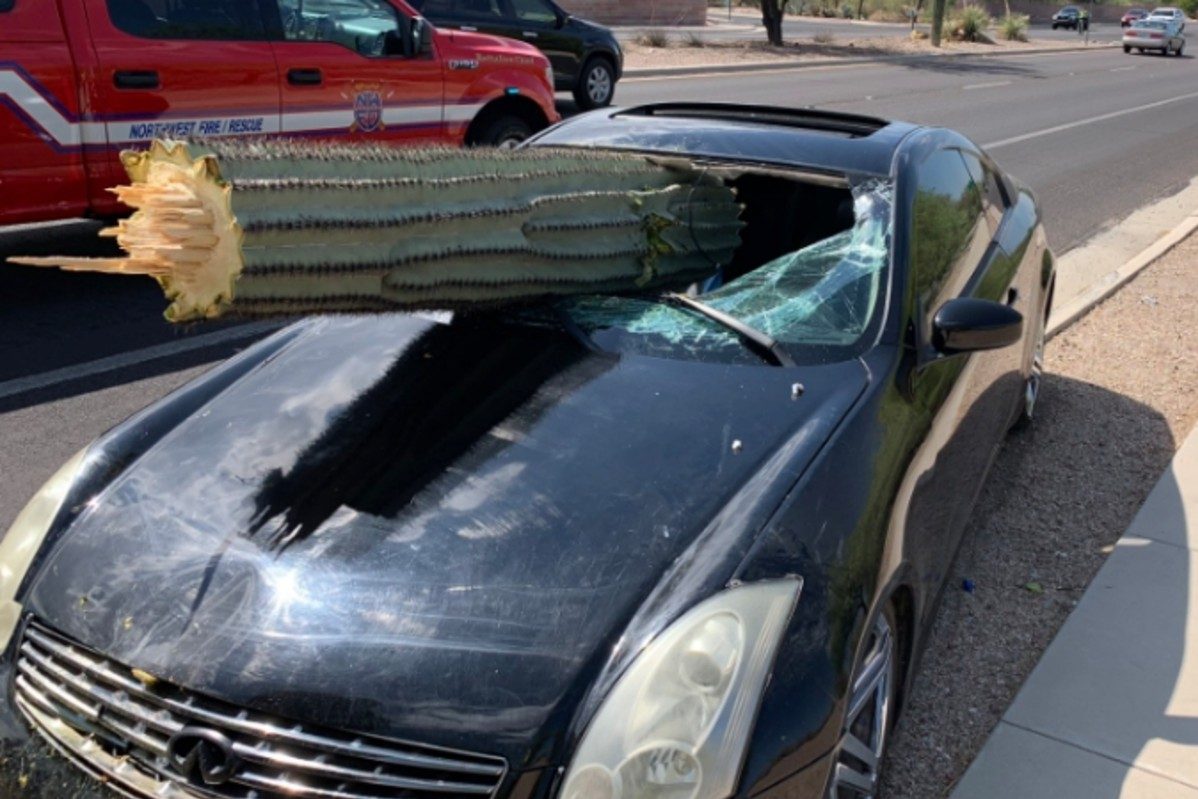 I truly believe that some people are way more lucky than others. You always hear of that person who was in a terrible accident but was miraculously left without a scar. It?s crazy, and it makes me believe that they have more than luck on their side. Like in this case, where an Arizona man physically walked out of his car after a giant cactus literally went through his windshield. Talk about being in a prickly situation.

According to authorities, a driver struck a saguaro in the Catalina Foothills area, causing it to crash through the car?s windshield. The Pima County Sheriff?s Department stated someone called 911 to report that a black sports car went through the median which resulted in a car crash. 39-year-old Kai Scott was scared out of his mind, at least that?s what I want to believe, but only managed to sustain minor injuries.

I know, I know, it?s freaky. But it doesn?t end there. Apparently, when authorities arrived at the scene they immediately noticed something was wrong. So, they ran some tests on the man and it turns out he was intoxicated and was quickly arrested on suspicion of driving under the influence for criminal damage.

See, I told you. It has to be more than luck. Could it be that his adrenaline saved him and made him think quick on his toes? I mean, if you see how close that cactus was on the driver?s side, you?d be surprised how this man survived without a scar. Can you manage being stabbed by a cactus going roughly 60 miles per hour? Have all those thorns stuck to you for god knows how long? Yeah, no thank you.

This man was lucky indeed, despite him going to jail and all that. Someone post his bail and make sure he stays away from going behind wheel. Also, someone call the Final Destination director and tell him about this. Maybe he can spin up another movie.