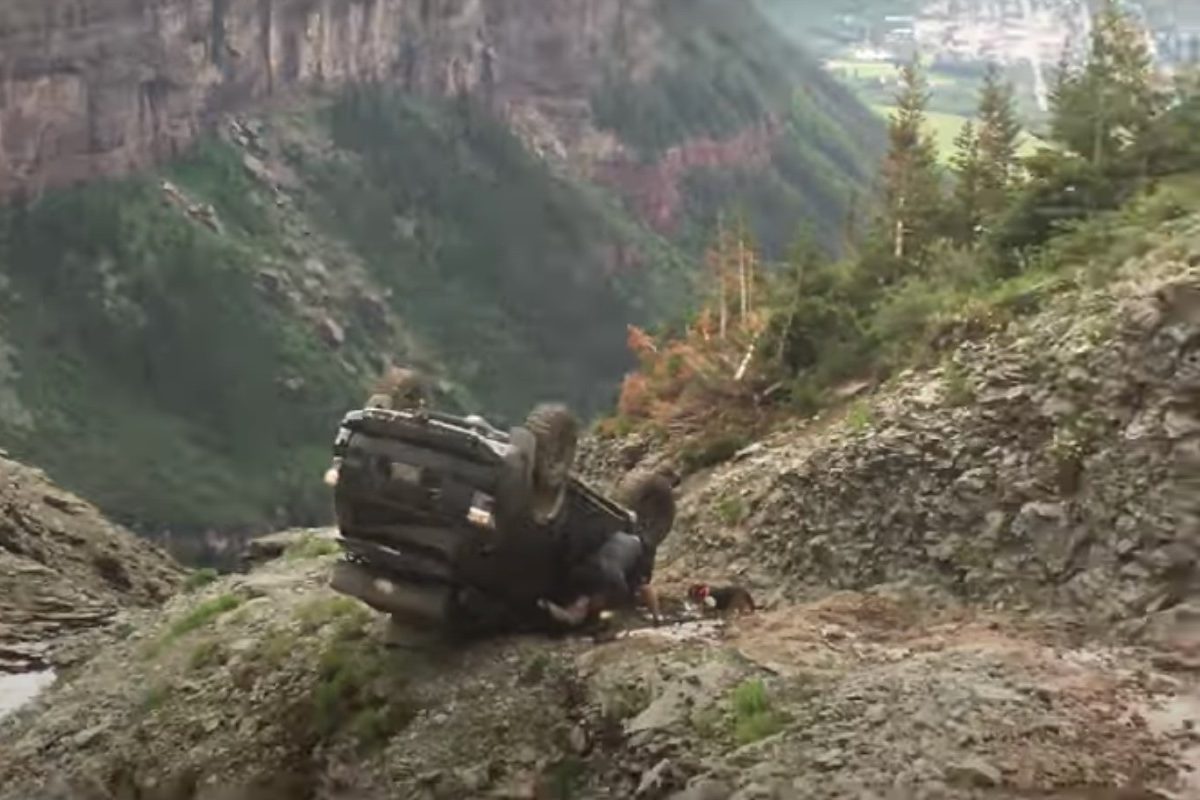 Off-roading is a hell of a fun way to get the most out of a well-equipped Jeep or truck, but too often, we tend to only see videos that show off the fun side of off-roading. Rarely do we see the dangerous side to the activity. Well, after watching this video of a terrifying rollover incident that went down in Colorado, you?ll see that there are some trails out there, like the Black Bear Pass Switchbacks near Telluride, that you do NOT want to take lightly.

Fortunately, considering the circumstances, a man suffered only suffered minor injuries and the dog riding with him was unhurt after the 2015 Toyota 4Runner he was driving rolled over and dangled near a cliff?s edge. Judging from the severity of the crash, this could?ve ended way, way worse.

Police have not disclosed how the rollover happened but Black Bear Pass has been closed in both directions since Wednesday afternoon to allow for the safe removal of the flipped Toyota. Motorbikes, however, are being allowed to pass. Cars looking to travel through the area will have to make a detour on Bridal Veil Road. Black Bear Pass will remain closed until at least Thursday afternoon.

Apparently, the driver of the 4Runner, who happens to be from Des Moines, Iowa, was the vehicle?s only occupant and the crash is being treated as a single-vehicle incident.

Scary stuff, right? You get chills just watching this video, but imagine actually being there. Thankfully, the guy filming the video was there to cut the 4Runner driver?s seatbelt off and help him safely out of his vehicle.

Needless to say, this is one way to put a serious damper on an off-roading session, but I?m guessing that the folks who take on the Black Bear Pass aren?t the sort to be easily scared off. They were probably right back out there as soon as it opened back up. And that?s badass.