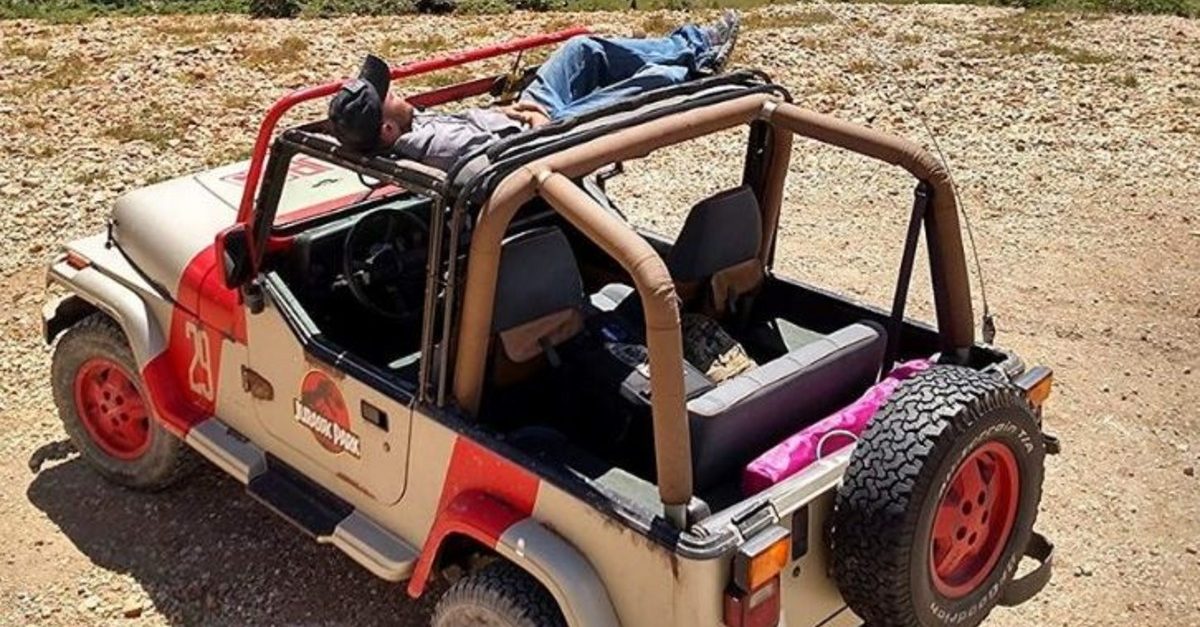 If you’re not taking your Jeep Wrangler on vacations, what are you even doing? It’s an impeccable vehicle to take on camping trips. Once you’ve reached a destination on your next backcountry trip, don’t rush to set up the tent. With Jammock’s Wrangler hammock, you’ve got yourself a nice hangout spot.

This heavy-duty hammock works perfectly with Jeep Wranglers. It has a 350-pound weight limit, and is made from water-resistant denier cordura nylon. It’s perfect for an off-road trip when you need a break from driving. The Jammock should last plenty of years since it has a high edge to prevent straying. It has fantastic customer ratings on Amazon, and surely if you own a Jeep Wrangler you’ll enjoy using a Jammock, too.

Fitment: All Jeep Wrangler Models from 1987 to present. The Jammock attaches to roll bars with two straps and NRS buckles for a secure fit.

The Jammock is versatile. It can be used as overhead storage when the top is on and also functions as a wind-jammer. You’ve also got yourself a nice sunshade when you’re driving. Remember to be safe with the Jammock, it’s only supposed to be used with the parking brake on. Have yourself a nap on a Jeep hammock while camping, enjoy a nice night of stargazing, or catch some rays after a swim.

If you’re impressed with the Jammock, check out U Jammock’s hammock for truck beds that are also in stock. Get a headstart on Christmas for the Jeep lover in your life.