Snake Launches Out of Nowhere at Passing Motorcyclist 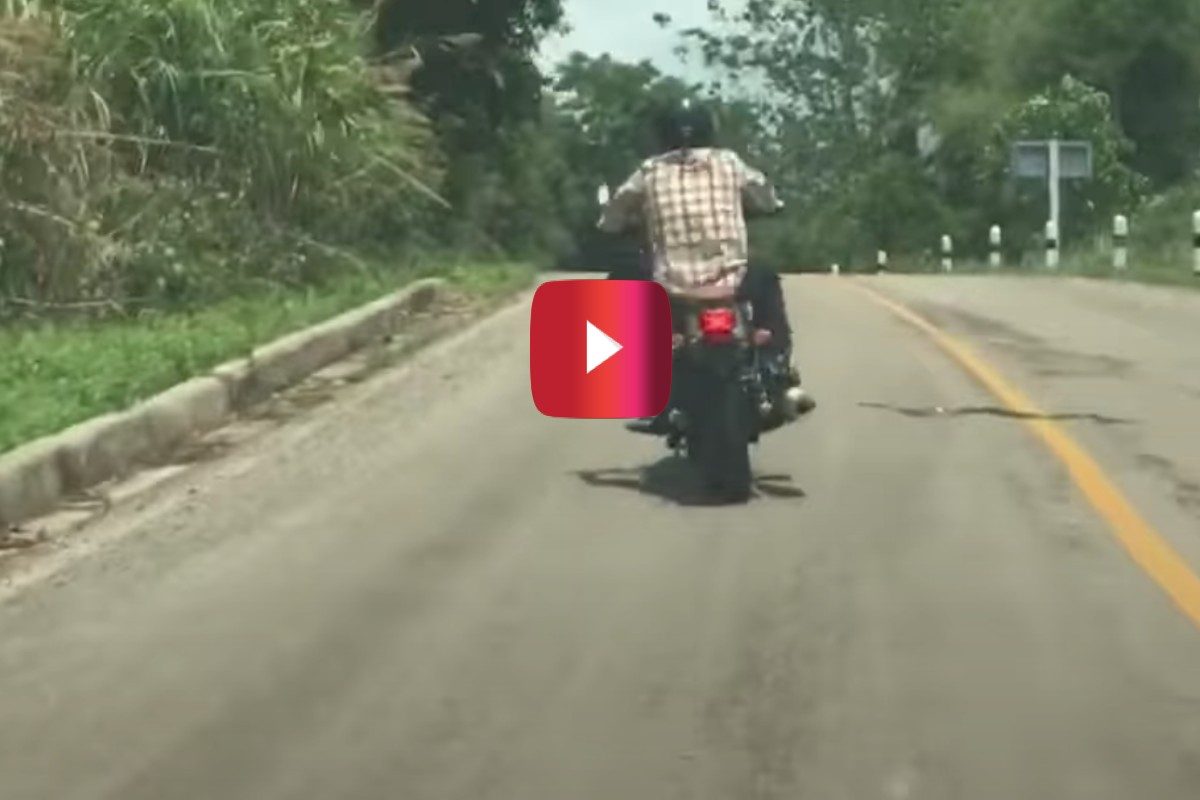 But, this video of a snake almost taking out a motorcyclist in Lampang, Thailand? This is on another level of wild. At least by American standards, anyway. In a country like Thailand, with practically more dangerous animals than people, having a snake leap out at you while you’re riding your motorcycle down the street isn’t as surprising of an occurrence as it would be, let’s say, in New York City, Chicago, or Los Angeles. I mean, sure, traffic can get pretty crazy in those cities, but not a-damn-snake-just-attacked-me crazy.

Read More: This Biker Is Lucky He Was Able to Ride Away from This Extreme Car Crash in Texas — Just See the Footage for Yourself

As you can see from the above footage, the biker slows down for basically just a second or two after a snake comes within inches of essentially hopping on the bike for a little afternoon ride. Had the man’s reflexes been a little bit slower, that snake could’ve sunk his fangs in deep, possibly dishing out some poisonous venom or even taking out a little chunk of leg in the process. That brings a whole new meaning to the term “fast food.”

Once the immediate danger is averted, the guy does a quick scan of the road in front of him, just to make sure that the snake didn’t have any sneaky buddies waiting around for a second or third attack. Then, the guy keeps right on riding, probably muttering to himself something along the lines of, “well, that’s Thailand for you.”