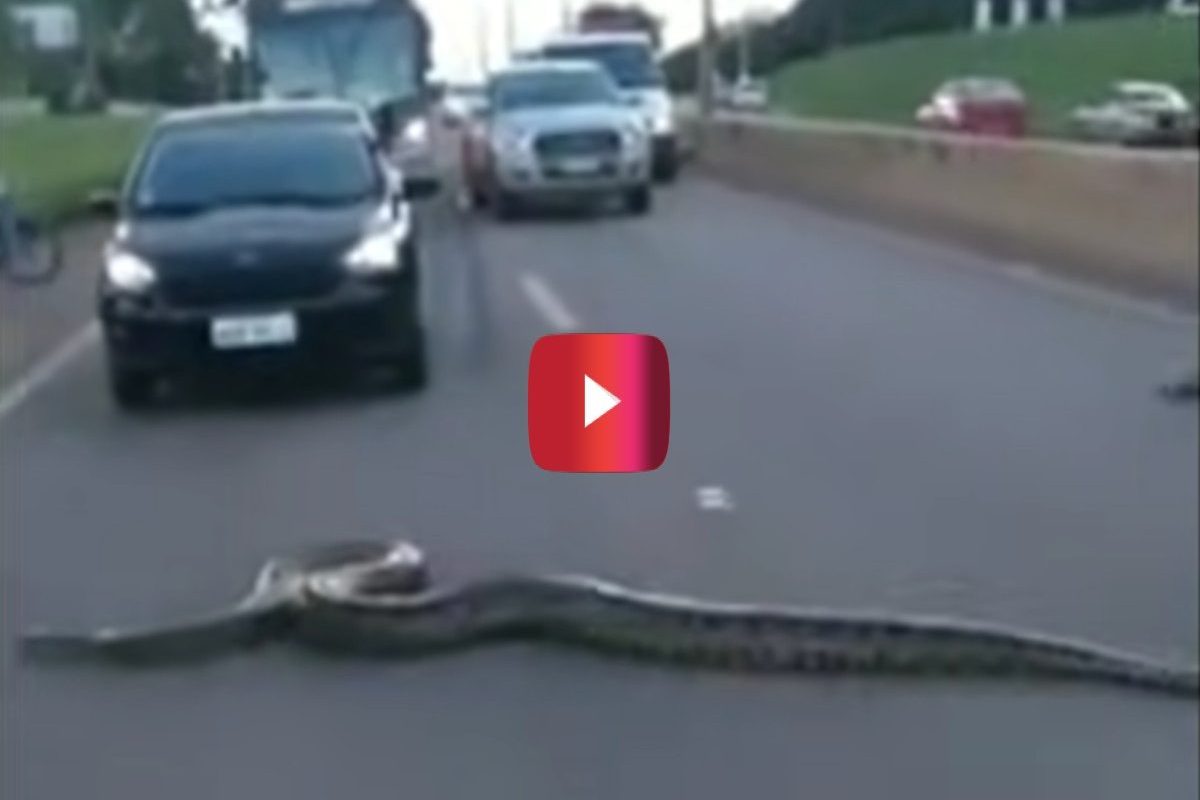 Even if you lived in a place where snake sightings weren’t entirely uncommon, if you were to see a 10-foot-long anaconda cross the street, it’d probably be enough to get your attention.

So, when several folks driving through the Brazilian city of Porto Velho spotted a 10-foot-long, nearly 70-pound beast of a snake slithering its way down the middle of the highway, they weren’t inclined to just keep on driving.

As news outlet G1 Globo points out, video shows a number of drivers getting out of their cars to help the giant snake safely cross the street.

“We decided to stop the car and get out,” Italo Nascimento Fernandes told The Dodo. “There are no signs for the cars to wait so she can cross. I have seen snakes run over on the highway before, and think such thing is a crime.”

Now, the people who helped out with the snake crossing weren’t just there to do a good deed and go on with their days. They also took out their phones to record the whole thing, which makes sense, since you don’t see a snake that big every day.

According to G1 Globo, the snake was more than three meters (9.8 feet) long and weighed approximately 30 kilograms (66 pounds). Biologist Flavio Terassani, who was cited in G1 Globo’s report, estimated that the anaconda was 10 years old and likely in search of food or shelter when it ventured into the road.

While anacondas like the one in the videos above are not venomous, Terassani told G1 Globo that people should be cautious before filming or approaching the animals, which can attack when threatened.