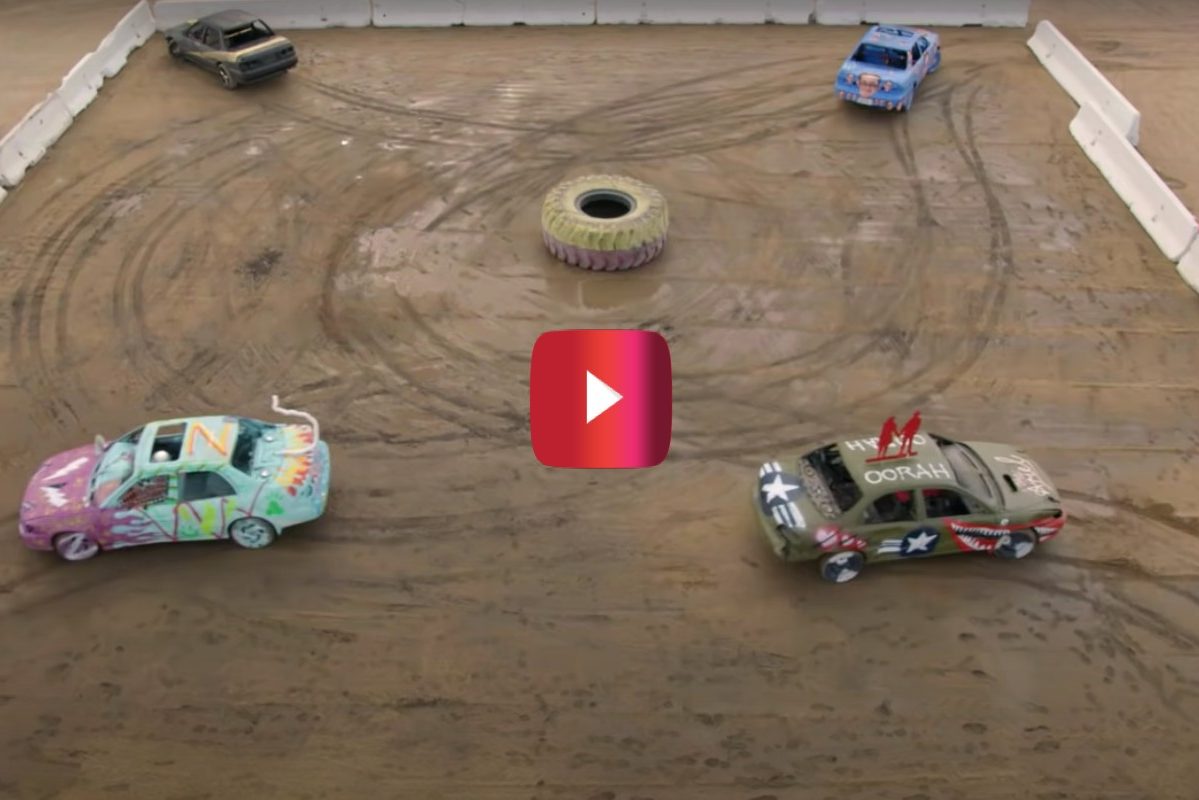 In celebration of its partnership with The Grand Tour a couple years back, Buzzfeed gathered up its Try Guys team to try their hands and driving abilities at a dangerously destructive demolition derby for the very first time.

When I say amateurs, I mean these guys had absolutely never done anything like this before. One of the Try Guys had never even been in an accident, let alone caused one on purpose. Get ready for the sparks to fly.

Demolition derbies can be very dangerous for participants, because the whole point of the derbies is to wreck stuff as the crowd roars and spills beer on each other. Demolition derbies are great, because let’s face it, we love watching things get destroyed. What makes it even cooler is the crowd isn’t at risk, so it’s like having a front-row seat to your favorite car action film but in real life. T

he stakes are high, and the excitement is at its peak as the Try Guys try their best to survive a wild demolition derby.

All flammables and glass were first removed out of all the vehicles used. The trunks and doors of the vehicles were welded shut so everything would stay in place after a big hit. A bar was welded into place to prevent the hoods of vehicles from injuring drivers. The Try Guys were less than prepared for the mayhem they were about to experience.

One of the fellas hopped into his vehicle and asked for disinfecting spray…oy vey. The dudes got to decorate their own vehicles with paint. The design themes were a classic racer, a WWII fighter jet, a cat, and whatever monstrosity Keith created.

Zach was the last man standing with his cat car. He was also the best driver, so he could navigate the derby with more precision than the rest of the Try Guys. The derby went great for the cameramen. For the Try Guys? Not so much.

The fellas couldn’t avoid breaking the number one rule of demolition derbies: Don’t hit another driver’s doors. They also took some gnarly hits like champs, so all in all, the Try Guys get an A for effort. I think the main thing we learned is that demolition derbies should be left to the pros.

This article was originally published on December 15, 2016.

READ MORE: Ozone Generators: Can They Remove Bad Odor and Mold From Cars?