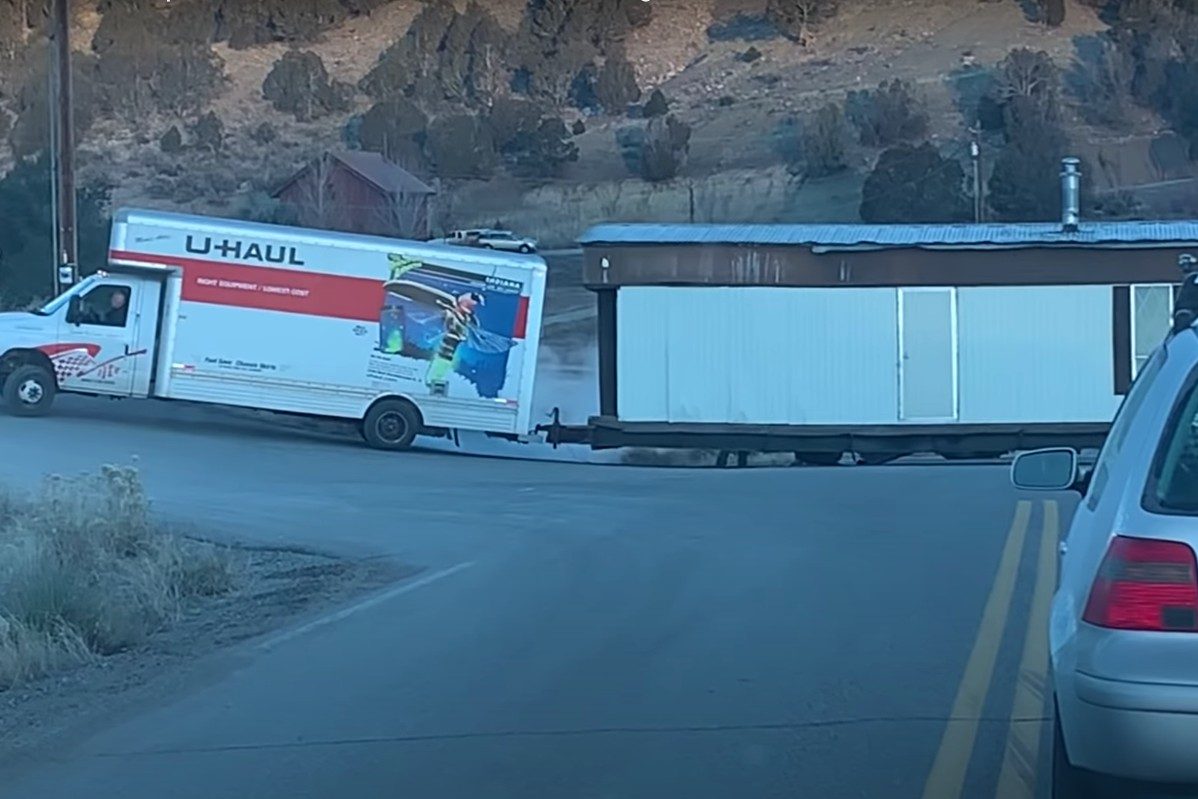 What in the hillbilly hell is going on here? Sometimes, all you need to get the job done is the right equipment, but I can assure you they did not have that on this day.

Take a look at this hilarious moment in Durango, Colorado, as a man attempts, and fails, to haul a single-wide trailer using what appears to be a 17-foot U-Haul cargo truck.

I mean, I have to respect the guy’s can-do attitude, but he should have known this wasn’t going to work out. Something tells me that he probably didn’t mention anything about pulling a near 60-foot trailer to U-Haul while signing his papers. At the very least, I hope he opted for the insurance, because this truck may need a few repairs after this. Just look at how much smoke is pouring out of the exhaust. That’s not exactly a sign of a healthy-running vehicle.

This whole scene is pretty much a mess. You’ve got this guy who can’t get his truck and trailer maneuvered around an elevated corner, a tractor sitting in the road behind it, backed-up cars, a police officer that looks like he has no interest in dealing with this, and a couple others just standing around doing nothing but enjoying the show. Hell, in some ways, this driver had the right idea. Why tear up your own vehicle when you can rent a U-Haul and ruin that instead? It’s definitely easier on the wallet.

Sometimes, you just have to do what you have to do, but, unfortunately, that didn’t seem to work out very well in this instance. He ran into some troubles for sure, but he hopefully ended up getting that thing over to its final destination in one piece. If so, my guess would be that he recruited some additional help to complete the job.