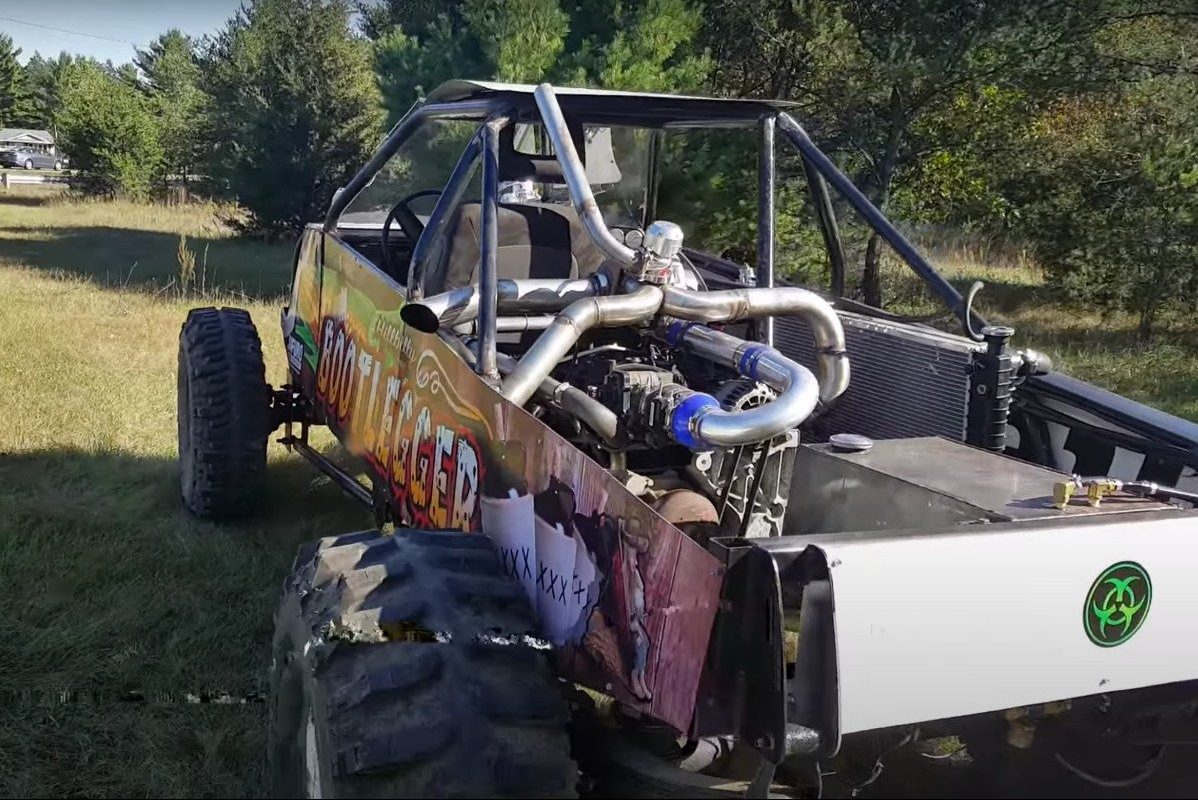 What we’ve got here is an absolute monster of an off-roading vehicle that looks the part and has the performance specs to back it up. Named the “Hillbilly Bootlegger,” this beast no doubt has the appearance of a badass ride, with an incredible build, eye-popping paint scheme, and massive tires.

But, what does it have going on from an engine standpoint? Not to worry on that front, because this thing will take you where you want to go, and then some. Sporting a pair of LS1 turbo engines, this beauty could definitely crank out some serious speeds (and a whole lot of mud) out in the back country. Just give it a look!

As the video’s uploader “mrchevynovaman” (wonder what his favorite car is…) writes in the description, the “Hillbilly Bootlegger” was only four days old at the time of the preview. The video was posted back in 2016, so we’re guessing this off-roader has done some serious work on the trails since then. Or, at least we hope. There’s no video of the Bootlegger actually going for a test run, so we’re just going to have to go ahead and assume that it actually holds up on the driving end. But, at the very least, those twin motors sound absolutely incredible.

Despite the lack of info on this machine, it’s cool to see ambitious custom builders out there really going for it. Sure, the “Hillbilly Bootlegger” will probably never make an appearance at SEMA or take to the track for an official racing contest. But, it looks like plenty of blood, sweat, and tears was put into this project, and you can’t help but respect that.