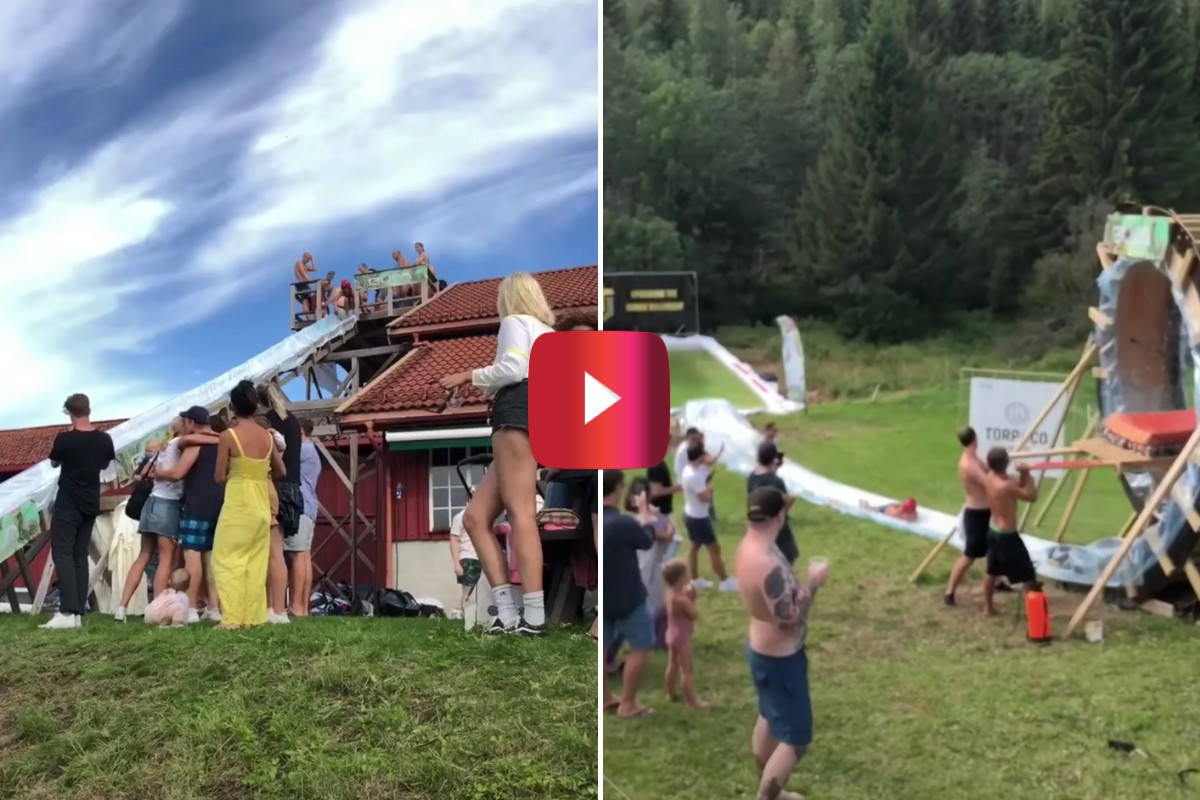 If you think that Slip ‘N Slides are just for kids to have fun during the summer, think again.

Back in August 2019, a company in Oslo, Norway called Torp & Co. constructed the “world’s biggest homemade Slip ‘N Slide with a loop” for a summer party that looked like an absolute blast.

Whether you’re an eight-year-old or an 88-year-old, anyone can agree that this looks like one of the wildest Slip ‘N Slides ever constructed. Simply put, it’s definitely not your average garden hose, garbage bag tarp type deal.

Now, I don’t know how they were able to officially gives this DIY masterpiece the title for “Biggest Slip ‘N Slide,” but judging from the party footage, these folks seemed a little more focused on having a good time than breaking world records.

Read More: This Giant Water Slide (or Giant Slip and Slide?) Would Be a Perfect Addition to Any Redneck Water Park

Technically, this epic contraption looks more like a redneck, backyard water slide than the traditional Slip ‘N Slide you slid face first down when you were a kid. The massive loop turns it up a notch. I have to say, massive props to the first person to go on a test ride, because one small flaw in the engineering could have led to some not-so-fun injuries.

As the perfect grand finale, the Slip ‘N Slide session ends with the rider getting launched into a pool at high speeds. Talk about making a splash. Jokes!

Is this technically the longest Slip ‘N Slide ever made? Who knows? Maybe there was an official Guinness World Record person there to witness the whole thing. Maybe it’s just a title that the Torp & Co. marketing people included to stir up more hype. I mean, not like it would take much to market this Slip ‘N Slide after watching these awesome action clips.