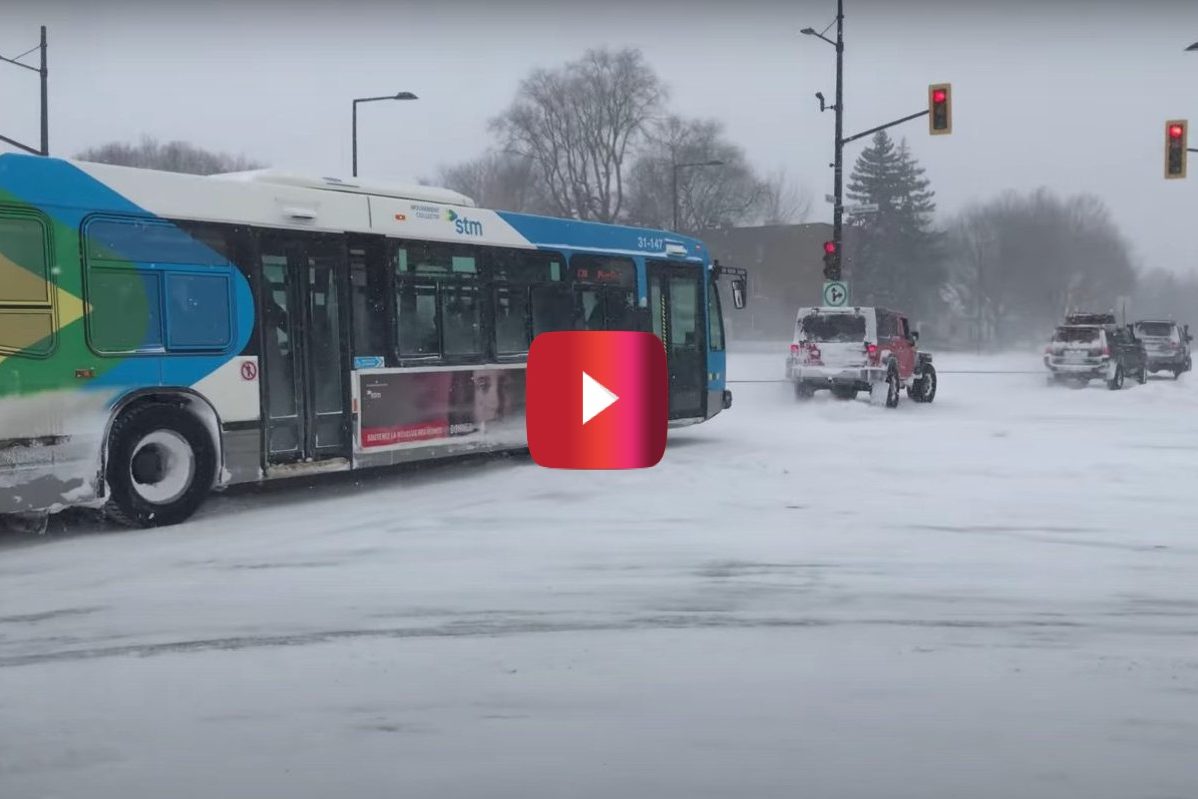 You know what they say: teamwork makes the dream work. Video from out of Montreal, Canada, which was uploaded back in January 2019, shows that this particular “dream,” at least as far the passengers and driver of a stranded city bus were concerned, just so happened to be getting unstuck from the snow and back on the bus route.

Thanks to teamwork employed by the drivers of a Toyota 4Runner V8, a Toyota Sequoia, and a Jeep Wrangler Rubicon, that dream was made a reality. All it took was a couple of tow ropes, a little bit of patience, and a whole lot of all-wheel drive.

With three times the traction, the team of 4x4s was able to pull the bus out of the snow and over an icy hill. According to Driving.ca, “there isn’t much information about the do-gooders, but there are rumors they are a group of off-road enthusiasts, so something like this was pretty standard.”

It’s pretty cool to know that there may be a mysterious group of Good Samaritan SUV drivers out there who are just helping stranded folks in Canada. Really warms the soul. I mean, these guys are pretty much The Avengers of off-roading. With heavy snowfall and ice-cold temperatures hitting the northern part of the continent the way it has been, these guys really have their work cut out for them.

Who knows? Maybe they’ll even make their way down to Michigan, Wisconsin, and some of the other spots in the U.S. where the winter weather has been hitting particularly hard. Because, as another popular saying goes: With great power comes great responsibility.