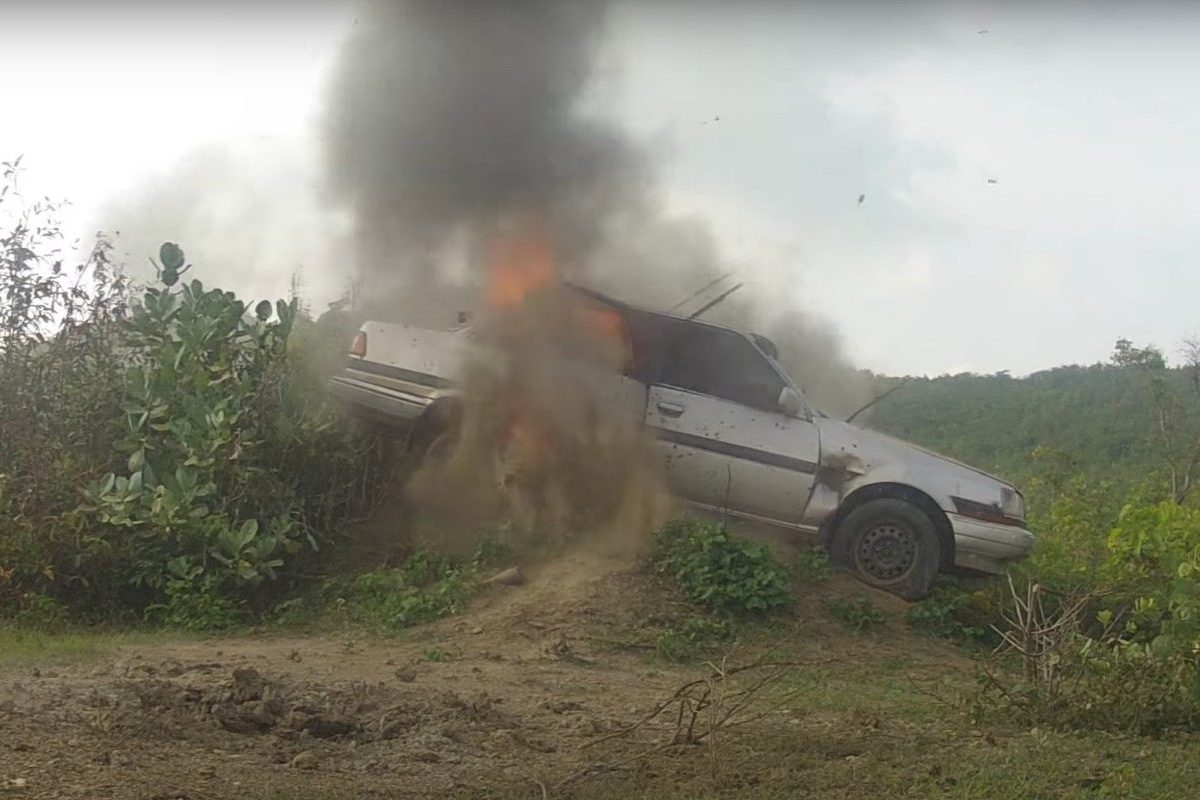 What?s better than getting to fire an RPG? Getting to blow up an old junker with an RPG, which is exactly what Steve Lee, a Australian country music star/gun enthusiast, did in a video for his YouTube channel. In case you had any doubts about what Steve is passionate about, his channel is called steveleeilikeguns. Clearly, subtlety definitely isn’t this guy’s strong suit.

There’s a lot of talking at first, so jump ahead to the 4:19 minute mark of the video to see the real action. We’ve all probably shot our fair share of cars with a rocket launchers, but only in video games (hopefully). These guys had the opportunity to destroy an old Toyota with an actual RPG7. Well, sort of. You’ll see what we mean when you watch the video.

Read More: Check out the Moment That a Soldier Whips out a Rocket Launcher in This Hilarious ?Road Rage? Video

Now, according to the video’s description, the whole experiment “only takes 15 shots and even then some extra magic is needed.” Meaning all that fire power still wasn’t enough to get the job done.

Sadly, it’s not as easy as movies and video games have led us to believe and much easier to punch a giant hole through the frame rather than blow it to smithereens. The problem is that the RPG round is meant for tanks and heavily armored vehicles, and the “armor” on an old Toyota sedan is simply too light to set off the explosive charge.

Switching to the B40 “car killer” is much more productive, but still doesn’t quite get the job done, which is where that “extra magic” comes into play. Watch the video above to see what finally destroys the old junker.