Good Luck Driving Across “The Scariest Bridge in America” 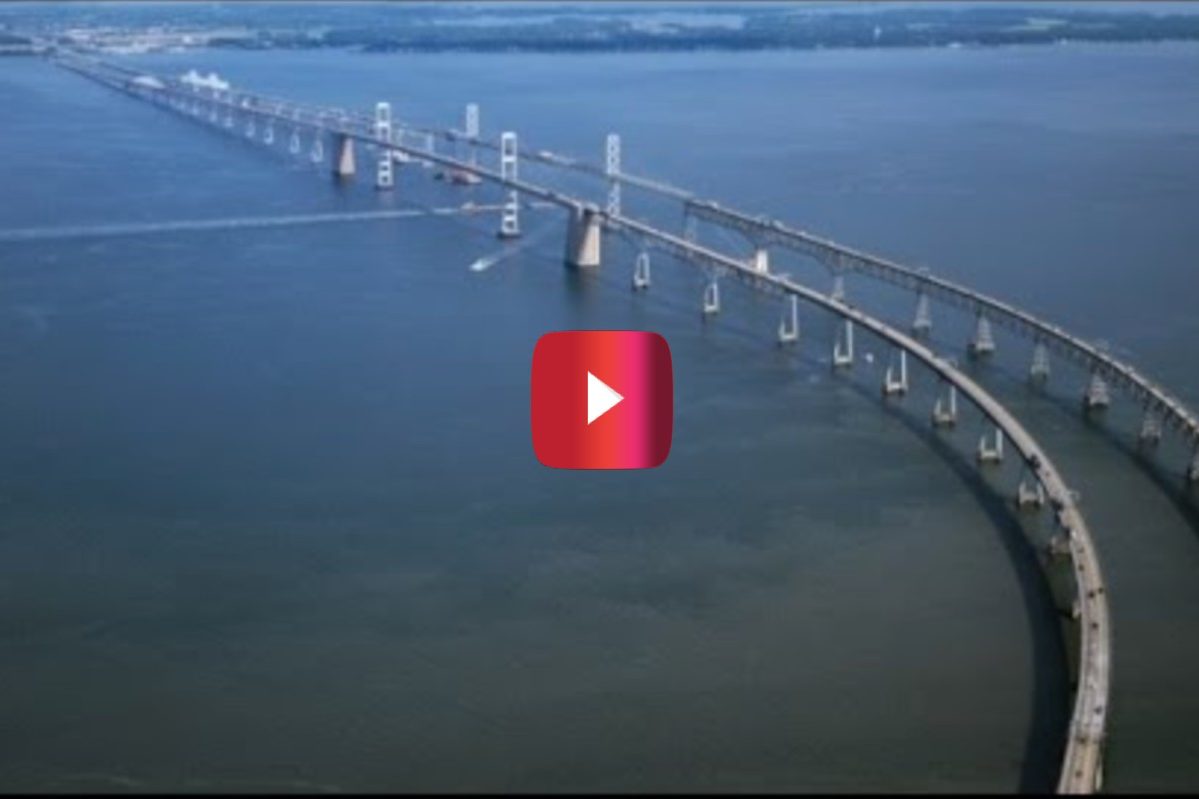 Considered the scariest bridge in America, the Chesapeake Bay Bridge in Maryland may not necessarily be the most dangerous bridge, but it certainly terrifies most motorists who cross it. If you’ve never driven through it, go ahead and take a look for yourself. Just don’t look down.

Looks pretty damn terrifying, doesn’t it? Not for anyone who has a fear of heights, that’s for sure.

The drive over the four-mile-long bridge (which is also 200 feet high in certain parts) is so terrifying that one man actually started a booming business that offers to drive people, in their own cars, over the scary bridge. He keeps the conversation casual and light and acts almost like a therapist of sorts for people who begin to feel panic attacks mid-trip!

The Scariest Bridge in America

Now, this may not be a service that you could see yourself forking over money for, but hey, it’s not the worst way for someone to make a buck. Plus, once those high winds start to pick up, it can turn the bravest person in the world into a sweaty, nervous driver with a fear of bridges.

Read More: Whether You’re From Michigan, Florida, or New York, Here Are the Best Drivers in the USA

One driver, Carolyn Casey, said an incident left her so afraid that she hired someone to do the driving for her.

She said: “What happened was I suffered major a panic attack. My peripheral vision went black. I thought I was going to pass out into oncoming traffic.”

For $25, Bay Bridge Drive Overs takes Casey in her own car over the bridge.

Even in the passenger’s seat, Casey is still apprehensive. All she can think about are images like the bridge collapse in Minnesota in 2007 or footage of drivers crossing the Bay Bridge in weather that can change on a dime.

Wow. Hey, I don’t blame Carolyn for paying someone just to drive her over a bridge every day. After watching that Minnesota bridge collapse video, I’m inclined to start doing the same thing.

This article was originally published October 2, 2019.