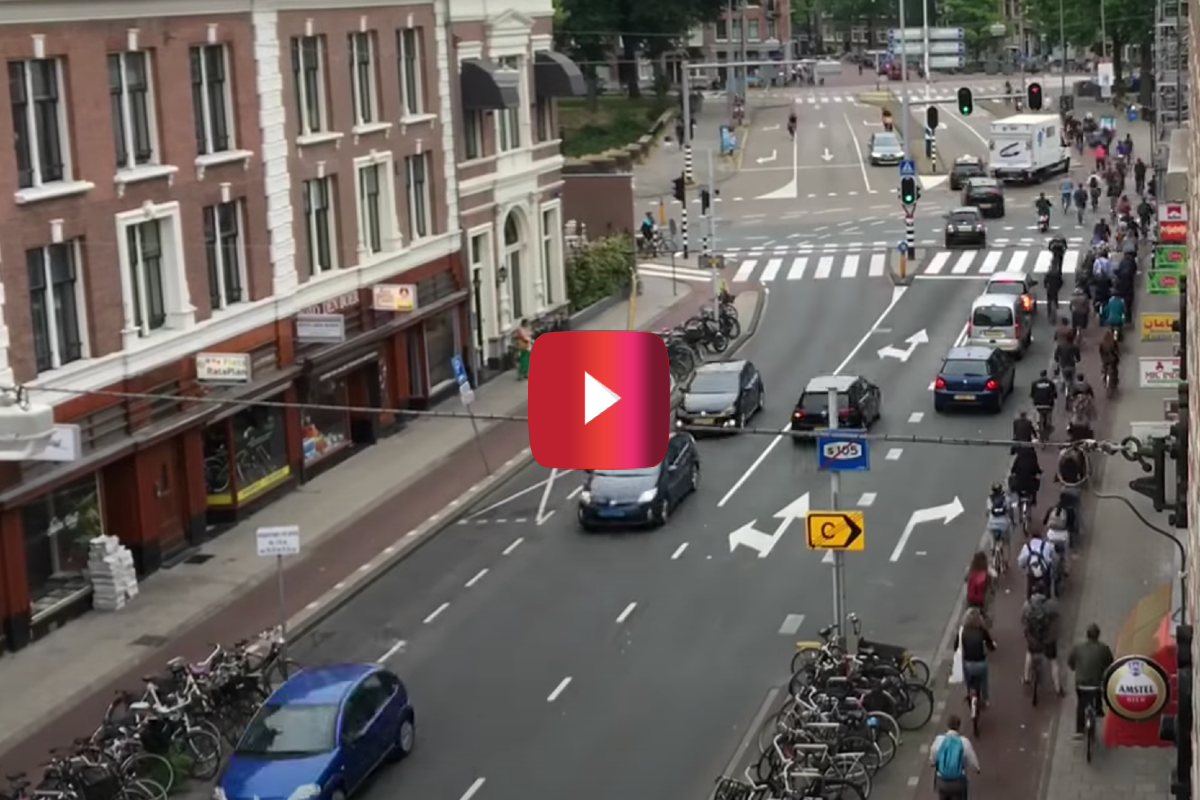 What is seemingly perfectly normal in one place may very well come off as totally weird to a person from another place. For example, some people in the South eat pickles that have been soaked in Kool-Aid. It?s a beloved snack looked upon by many as a part of cherished childhood memories. And to anyone not from the South those things are a gag-inducing abomination.

People in The Netherlands like to ride bicycles. A lot. It?s way more than just a form of leisure and exercise, or a means of travel they mostly utilize in order to smugly talk about to anyone within earshot who drives a car to work. Cycling is a way of life in The Netherlands, and Amsterdam in particular. Just take a look at this time lapse of rush hour in Amsterdam from Reddit user Htv101.

If you?re from the United States, and especially the Midwest, South, or West, where giant interstates and long car commutes are the norm, this video plays out like it?s from a slightly alternate version of Earth.

While some things about this Amsterdam rush hour video seem ideal ? fewer cars on the road, a presumably short commute (no one is biking 30 miles home) ? there is one thing that actually seems terrible. The red lights. Just having to stand/sit there on your bike, pressed up next to 20 other people, unsure whether or not to make small talk. Even if you don?t want to, it?s likely someone else will force you into it. Not interested. Let me get where I?m going free of being bothered, with some music or maybe a game or podcast playing in the background. Don?t make me engage with other humans. It?s either the morning, and I?m tired, or work has just finished, and I?m even more tired.

Oh also, if some stoned idiot (this is Amsterdam, after all) decides to get behind the wheel and accidentally swerves, you?re just stuck there, preparing to die in a tangle of metal and sweaty legs.

I think I?m going to stick to driving.

This post was originally posted on Alt_driver’s sister site, Rare.