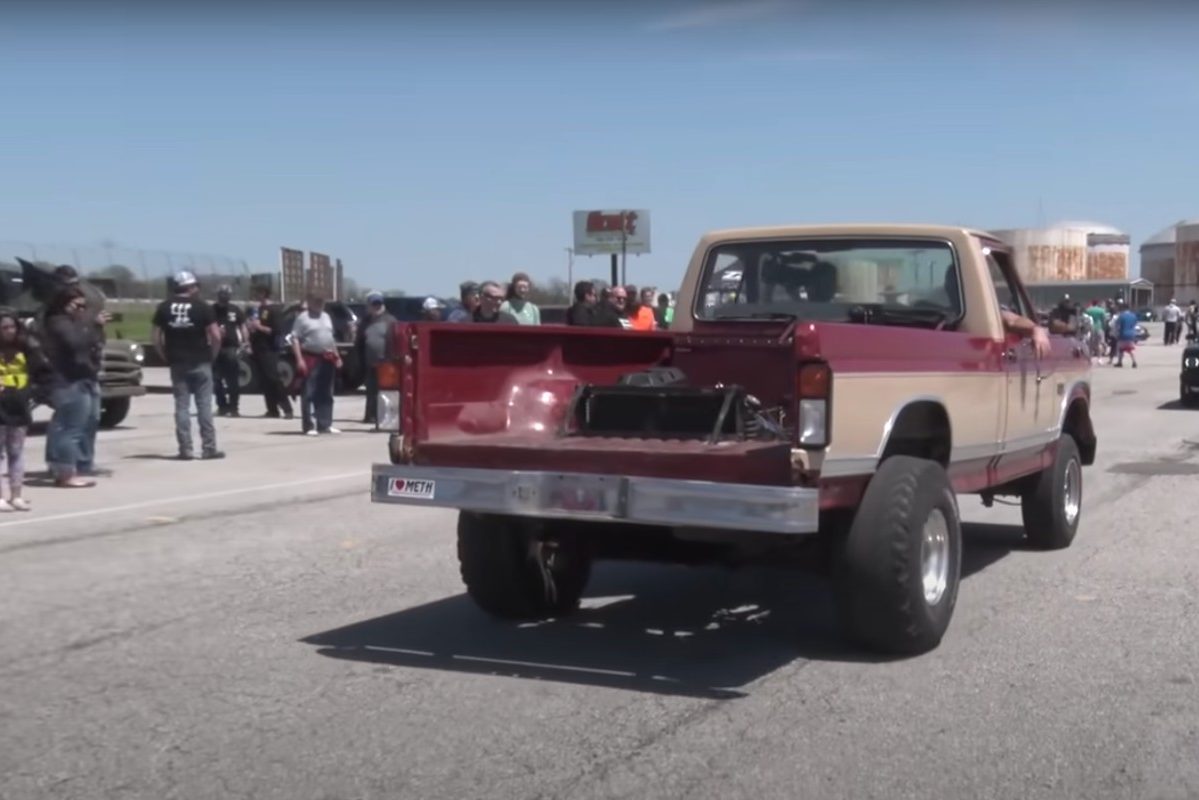 The custom car and truck scene has produced some innovative creations. Customs can range from awesome to gruesome, depending on the quality of the work. Some modifications aren’t exactly street legal. Drivers often sacrifice safety for performance and flashiness.

Gearheads have done crazy things to their rides for the sake of speed and appearance. Aftermarket parts and modifications can lead to some pretty costly repairs and loads of tickets. This 1985 Ford F-150 owner is no stranger to getting tickets after his strange modification.

The owner of the ’85 Ford F-150 got the truck for free after its previous owner was headed to scrap it due to a blown inline 6-cylinder engine. After its new owner took the truck, he chugged a few beers with his father-in-law and came up with a hair-brained scheme. The two were about to build the weirdest truck ever.

His father-in-law had always wanted to build a backwards truck, so the two figured it was the perfect opportunity. The owner claims it only took two weekends and $500 to convert the Ford-150 into the backward contraption that you see. The motor, engine, and radiator are all comfortably housed within the truck bed rather than under the hood. This truck may seem awesome, but it definitely attracted some unwanted attention.

Since the entire truck runs backward, the driver actually faces what would normally be the rear, and every time the truck runs, it appears that the driver is reversing. The owner has had to explain his strange build 22 times (mostly within the first year) since converting his truck. The backward ’85 Ford F-150 has been featured in the news and was the subject of many local police radio conversations. It is well known and infamous for its strange body.

Despite way too many run-ins with the law, the owner still takes the truck around to shows and events. He no longer casually drives it as much as before, because the last thing people need to see in 2021 is a truck reversing at 60 MPH on a highway. Aside from scaring people half to death, the truck also still runs well. It can put out close to 162 horsepower. Owning one of the few, if not only, backward trucks at a show or event can be pretty cool, but is it really worth being pulled over that many times? Personally, I can list about 30 other truck mods I’d rather have done.