Guys Swap Boat Motor in Honda Civic, But Will It Run? 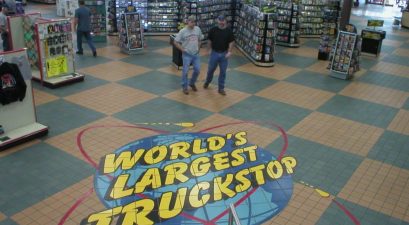 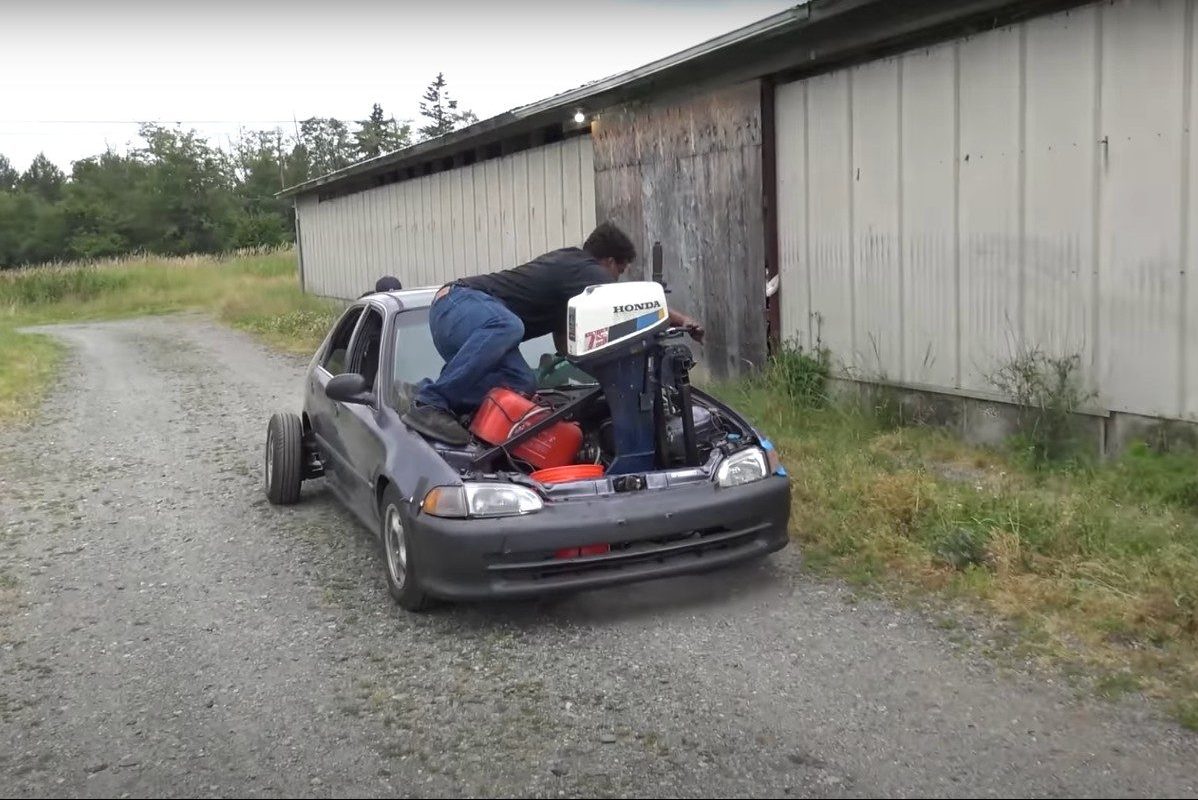 The guys over at YouTube channel Life OD have made a living pulling off ridiculous engine swaps over the years, but they pretty much outdid themselves when they took a 75-horsepower Honda outboard boat motor and swapped that sucker in a Honda Civic. Pretty awesome, right? You just gotta love experiments like this.

One slight issue the Life OD guys had to work around was figuring out how to constantly cool the marine engine, since it typically was cooled just be being in the water. Using a little bit of redneck ingenuity, they simply placed a bucket of water in the empty engine bay and ran a small hose into the intake. Bingo!

While the Civic had just enough torque to carry the four dudes (including the one sitting on the boat engine controlling the throttle) on flat land, the hill posed a little bit of a problem, and they couldn’t quite make it up. Even still, this project was a huge success, and, as you can see from the video, the Life OD dudes had a blast doing it. It was like they were on a crazy rollercoaster ride, but in this case, the “rollercoaster” was a tricked-out Civic that had the potential to break down at any second. Which definitely adds to the appeal.

I guess you could probably categorize this as a “don’t try this at home” type of project, but honestly, we wouldn’t blame you if you got a few friends together and gave the whole boat motor swap thing a go. Because it looks like a damn blast.