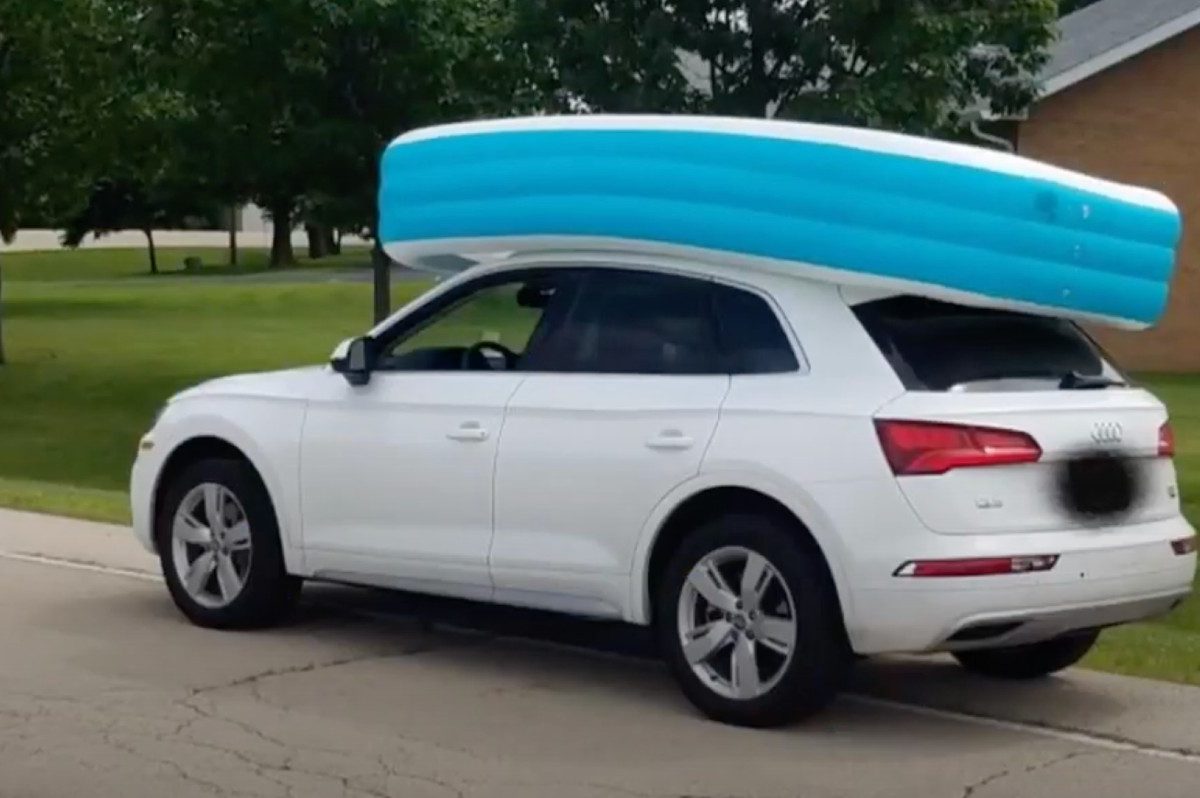 An Illinois woman was arrested for driving her SUV while her daughters sat in an inflatable pool?on its roof. Yes, Jennifer A. Janus Yeager decided to try to beat the summer heat by cruising in her white Audi Q5 on Route 2 in Dixon, with two children riding inside the inflatable on top of her car. Which you know, might not be the safest thing in the world. But hey, you do what you have to do to stay cool.

The 49-year-old told officers she was driving back from a friend?s house where she inflated the pool and was using the girls to hold it down atop the roof. Because we all know that two children who weigh roughly 80 pounds is the best way to keep an inflatable pool from flying out of the car. Forget rope. Ropes are useless!

Read More: Florida Man Smashes Windshield While Clinging to Moving Semi, and the Footage Is Wild

Obviously, authorities probably laughed at the poor lady as she tried to defend her method of keeping an inflatable pool from flying off, and was charged with two counts of endangering the health or life of a child, two counts of reckless conduct, and failure to secure a passenger between 8 and 16.

She was taken to the Dixon Police Department and released after posting bonding. Honestly, if I was those two little girls, I’d run off and tell dad that their mother basically tried to end their life. Can you imagine his face when he picked her up from jail? Yikes. That’s a story to tell the neighbors, for sure.

In what way is this safe? Maybe don’t use your children as weights, Jennifer? Or you know, just wait till you?re home to inflate it if you?re so worried about it falling.