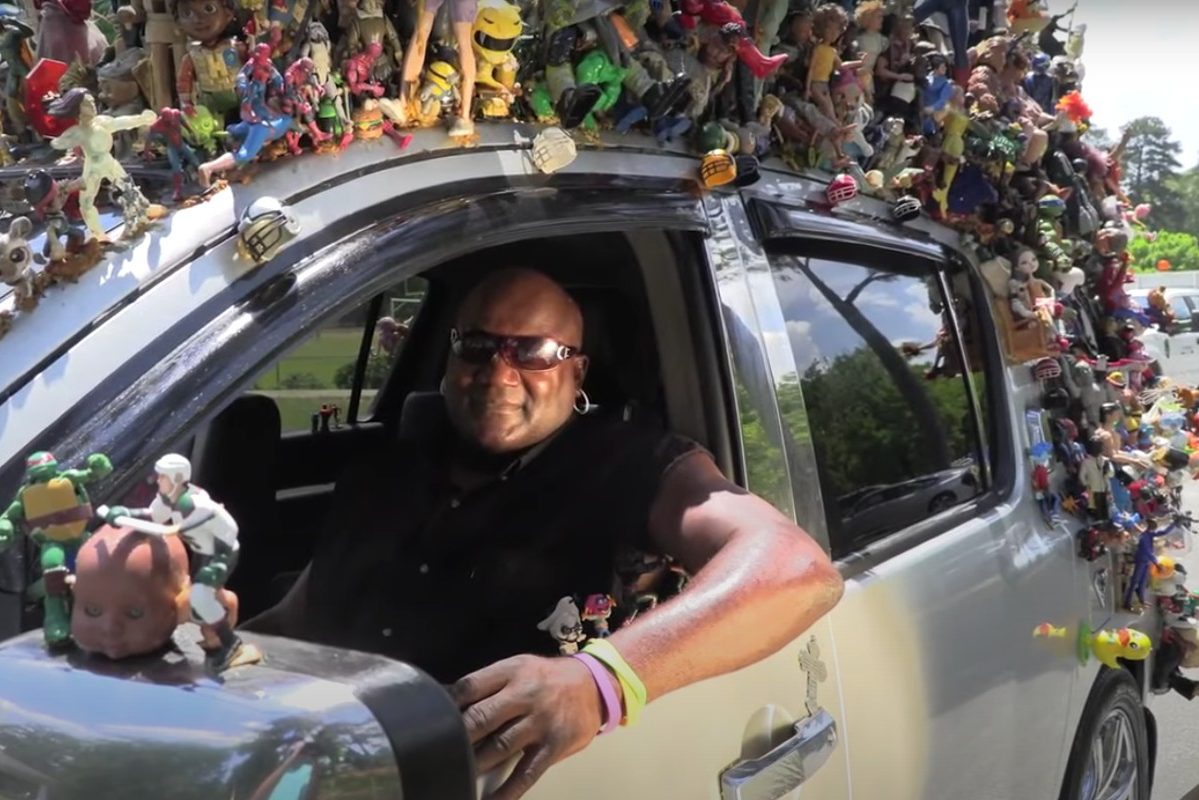 This Columbus, Georgia resident has been getting lots of attention recently, and it has to do with some unconventional modifications he made to his 2008 Nissan Armada.

61-year old Michael Angelo Jackson has attached over 1,000 different dolls, action figures, and figurines to his vehicle, and it’s definitely quite a sight to see going down the road.

Jackson worked for Kysor Warren, a refrigeration manufacturing company, for over a decade before eventually getting hurt and going on disability. With his free time, he decided to turn his vehicle into a project, and it just kept going from there. Jackson started with a single Superman action figure on the top, before continuing with additions. He uses a mixture of gorilla glue and nail polish to keep the figures stuck on the body, and has to hand wash the vehicle to keep things clean. He also sprays the figurines with furniture cleaner and tire shine to keep them looking good.

Pictures and videos of his vehicle have been posted to social media on numerous occasions. On top of that, he often finds positive and encouraging notes on his car. At one point, someone even approached Jackson to purchase his Armada for $60,000, but he politely declined and said that it wasn’t for sale. There’s no doubt that the local residents get quite a kick out of seeing his car in public. In fact, he’s turned into somewhat of a celebrity in the area. It’s not everyday you see something as unique as this on the roads.

Although most folks love what Jackson’s been doing, there are also a handful of critics. Jackson states that he doesn’t pay any mind to these negative remarks, and he continues to add more figures to his vehicle. Surprisingly, even though there are over 1,000 on there currently, there’s plenty of space for more. The hood, windshield, and places that could affect his vision are off limits, for obvious reasons.

Be sure to keep an eye out for this sweet ride if you’re in the Columbus area!