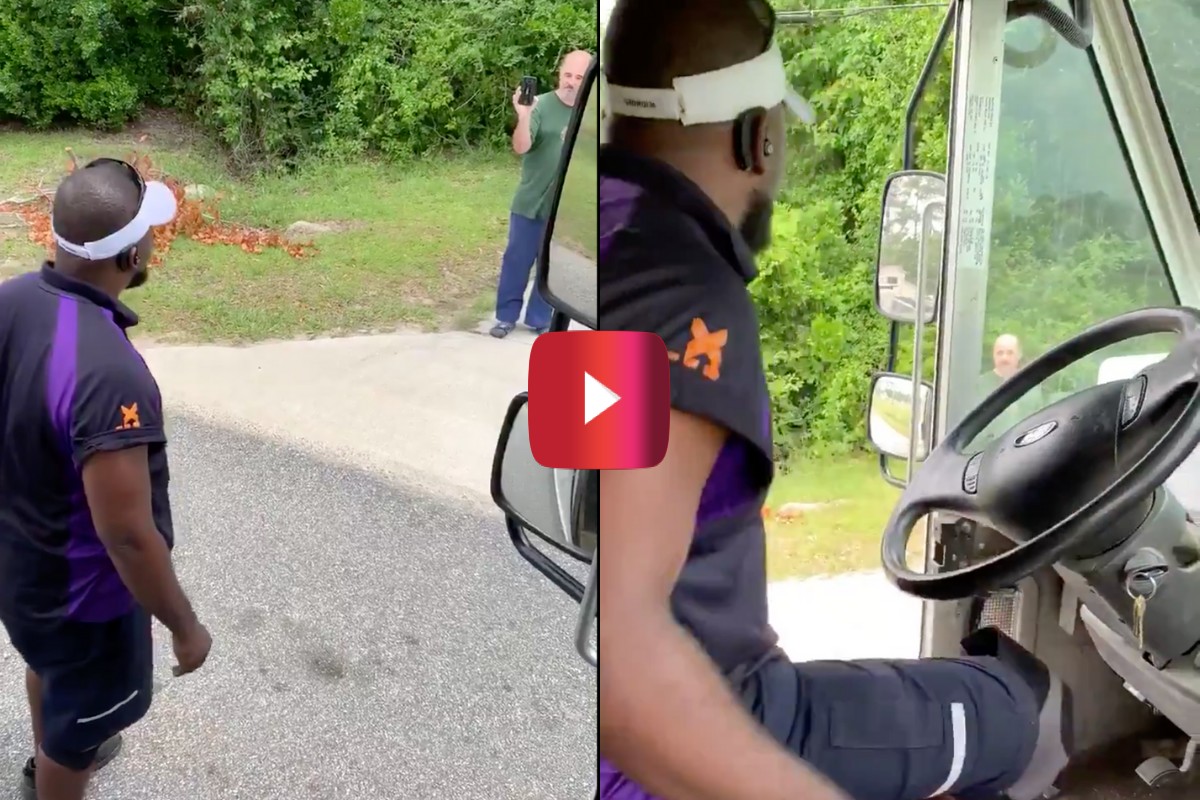 Back in May 2020, video of a confrontation between FedEx employees and a customer in Leesburg, Georgia ended in the workers getting fired. The viral video was posted to social media and #boycottfedex began trending on Twitter pretty quickly, as the video reached over six million views.

It all started while these FedEx workers were dropping off a package at a man’s house. After the homeowner, Chuck Ulm, came out of his house, the delivery drivers claim that the man began cursing and threatening them. That’s when Antonio Braswell, one of the co-workers, decided to pull out his phone and record the event. Although it doesn’t capture the entire encounter, it does show a good portion of it.

Update FedEx called and told me to take down this video and fired both of us Today .. I’m reposting this video because people like him doesn’t matter white or any race should never disrespect essential workers putting their lives in jeopardy especially with this covid-19 pic.twitter.com/Fw0S5gNRso

In the video, you can hear the driver saying, “You didn’t have to come out here cussing at me like that like I’m some child, I’m not no little boy.”

Braswell stated on Twitter, “Update FedEx called and told me to take down this video and fired both of us today … I’m reposting this video because people like him doesn’t matter white or any race should never disrespect essential workers putting their lives in jeopardy especially with this covid-19.”

The same day, he posted another tweet saying, “Back story All we did just delivered his package mind you he was in the house it was quick stop as soon we were leaving he ran out his house cursing and threatening us and we just apologized but he kept escalating the situation then kept saying he would whoop out black asses.”

Ulm, on the other hand, stated that he thought they could have been breaking into his home and that he feared his wife would be put in a dangerous situation. After receiving death threats, he claimed the altercation was not about race, but Antonio and his co-worker seem convinced otherwise. Eventually, the Leesburg police department got to the scene and took care of the dispute.

FedEx noted that it takes any allegations of discrimination, retaliation, or improper employment actions seriously and would “be conducting a thorough investigation into these claims.” NBC News attempted to reach out for an interview with the ex-employee, but were unsuccessful.

It is a bit unfortunate to see these men lose their jobs over this. They were essential workers during the coronavirus pandemic, and it seems as if they just got pulled into a situation that just didn’t pan out very well in the end. With all the craziness everyone has endured for the past year, people are certainly on edge, but if we as individuals can focus more on civility and kindness towards one another, the world would be a better place.