How Many Guys Does It Take to Rescue an Excavator? 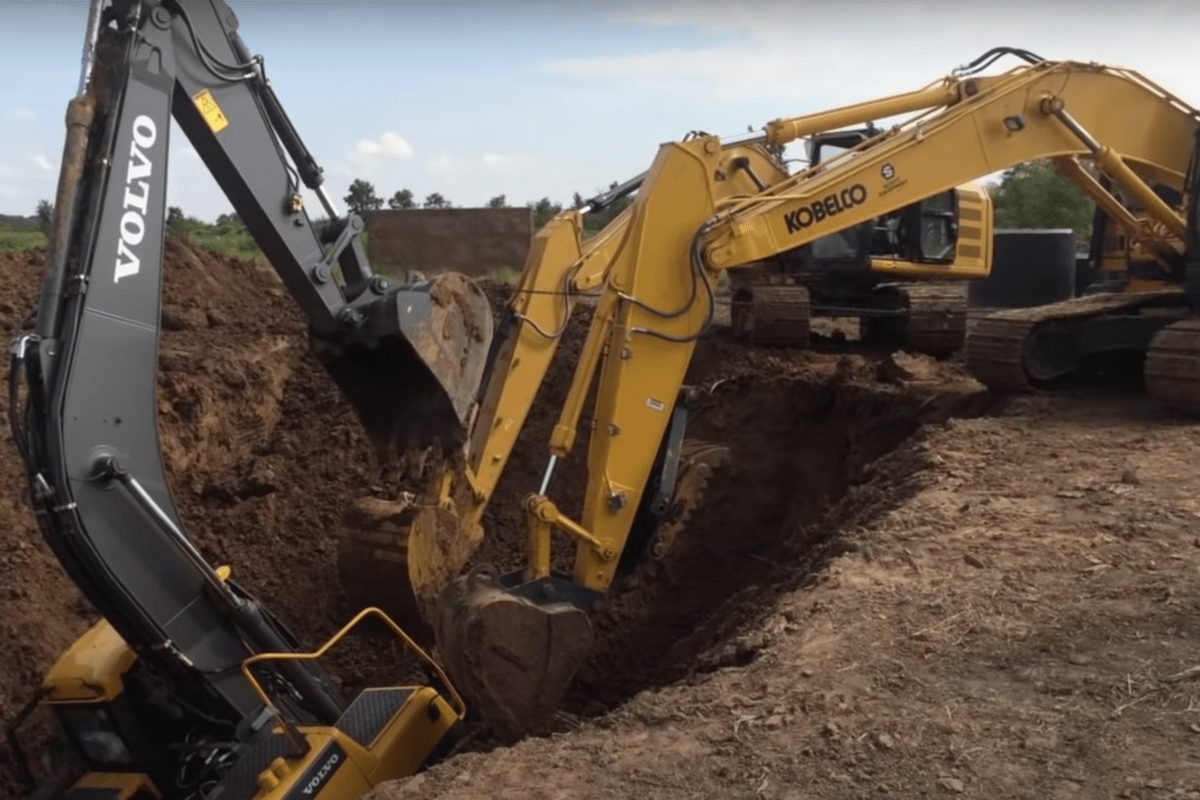 Well, this excavator rescue mission was WAY more difficult than it should have been.

That record-scratch, you’re-probably-wondering-how-I-ended-up-like-this moment occurs when the heavy piece of construction equipment in question is digging a huge hole for a pumping station and tumbles down into it after a ledge gives way. That’s when two other excavators show up in an attempt to dig their buddy out. What follows is a series of attempts to save the trapped trackhoe that end up doing absolutely nothing.

We’re talking epic failure after epic failure. The excavator eventually gets free, but the whole thing is more of a cringeworthy episode of heavy machinery operation that can hardly be looked at as a successful endeavor.

So, how many guys did it take to rescue an excavator? Ultimately, a lot more than it should have.

Let’s take a look at all of the rescue maneuvers that ended up doing nothing. First off, the excavators try to save the stuck digger by using the teeth on their buckets to readjust the excavator’s tracks in the right direction. That doesn’t end up working out. Then, they try linking up their buckets with their fallen pal’s to try and pull him out. That’s a no-go as well.

After that, the operator of the trapped excavator tries taking matters into his own hands by stabbing the side of the hole with his bucket and attempting to lift himself out. Again, no dice. Finally, the excavator does some more digging to build a makeshift exit ramp — which probably should’ve been the first course of action — and, with the help of a bulldozer, it finally makes its escape.