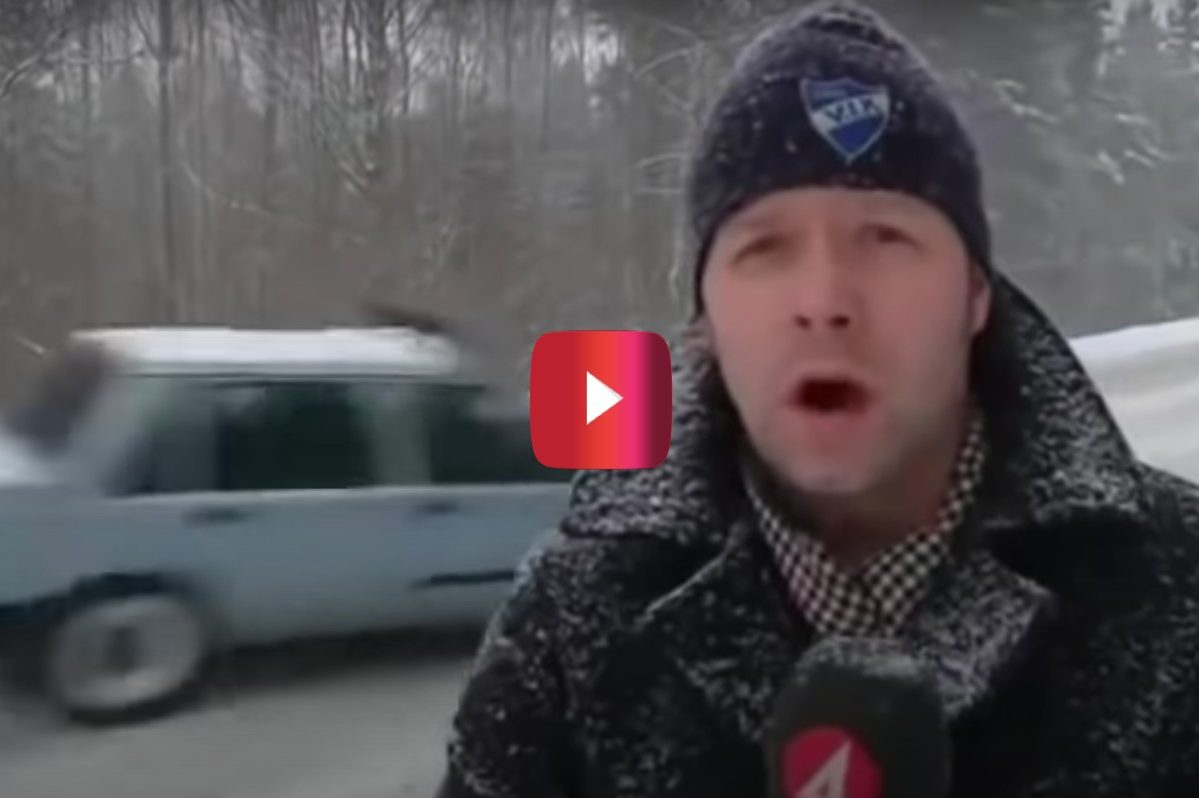 The Swedish news just got a little more interesting.

This news anchor was just trying to do his job by describing the winter conditions, when a wild Volvo 740 appeared out of nowhere. It hit everyone by surprise, but this driver looked to be having the time of his life without a care in the world.

Check out the short clip below to witness this epic interruption.

Now, I don’t speak Swedish, but I can only assume that the anchor’s talking about the dangerous road conditions that have come from the snowfall. Why, you ask? Well, he’s standing in the snow next to a crashed vehicle, so it only makes sense. Of course, this Volvo driver had no clue what that reporter was going on about, and figured it was the perfect time to showcase his drifting skills in front of a recording camera. I’ll give it to him, he pulled it off, but this reporter was not impressed even in the slightest.

In fact, you can even see his eyes following the car as it approaches. He’s ready to jump out of the way if need be, but it never comes to that. He keeps a dull look on his face as the car skids past, then finally checks over his shoulder to see how it all played out. After getting one last look, he decides that this broadcast is officially over and walks out of the camera shot. The news then transitions over to another anchor to keep the show rolling. There’s no doubt some car folks watching at home got a good kick out this.

To make things even better, the drifts were performed in one of the most iconic Swedish cars ever released. At one point, I really though that driver was going to lose control, but he kept it all maintained, so I’ll give credit where credit is due. I wouldn’t recommend trying this, however, because most people would likely end up in the ditch or hitting someone else. Drive safe out there!