“Only in Oklahoma”: Family Witnesses One Driver’s Attention-Grabbing Method of Transporting a Deer Carcass 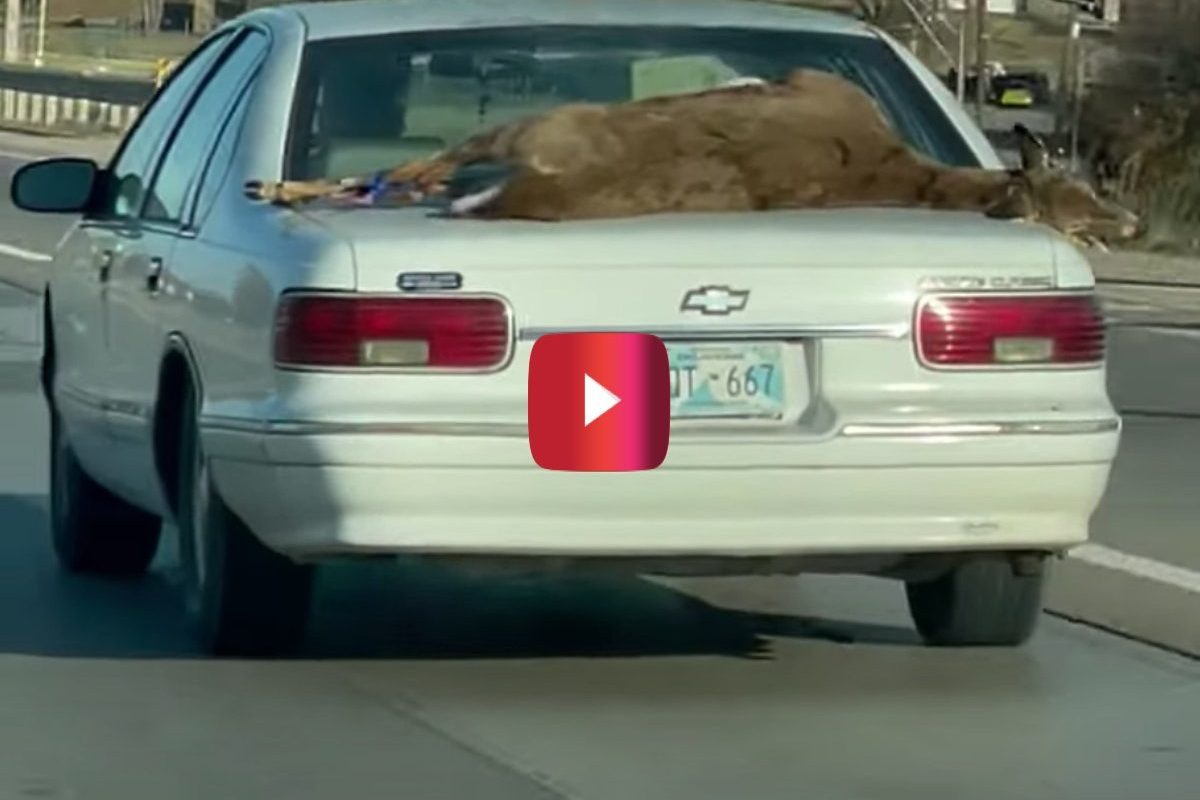 Did Jeff Foxworthy’s “You Might a Redneck If…” bit ever mention anything about carrying deer on the outside of a car trunk? Because what we got here is a situation that, well, you wouldn’t see in a big city, let’s just put it that way.

One family from Tulsa, Oklahoma was driving down the road when they witnessed the seemingly unconventional deer transportation method.

While the family was pretty taken aback by the whole scene, one of the kids riding in the back seat chimes in with, “Only in America.” Though, the mom quickly corrects: “Only in Oklahoma.”

The video’s description reads: “My family was driving to my nine-year-old son?s basketball game. We saw a car up ahead that had a deer carcass, strapped to the outside of the car, on top of the trunk! All I could think was, ‘Nobody will believe this is actually happening!’ I had to record it. It was definitely showcasing ‘Okie-ingenuity’ at its finest.”

Now, I know the family who witnessed this whole thing seems to think this is only an Oklahoma thing, but I can definitely think of a few more states where this wouldn’t be considered all that out of the ordinary.

“A very common occurrence in Pennsylvania during hunting season,” wrote one YouTube commenter. “You open the trunk lid you tie some ropes or something inside, shut the lid and then tied the deer on with said ropes.”

So maybe “Only in America” was the right sentiment for this wild scene? Actually, maybe not. It seems like this could be an international thing.

Another commenter wrote, “I’m Norwegian. This is a very, very common thing to see here. He probably has another one in the trunk itself, or he does not want to bloody his trunk.”

The more you know!