Snowmobiler’s Swimming Pool Stunt Lands Him in the Hospital 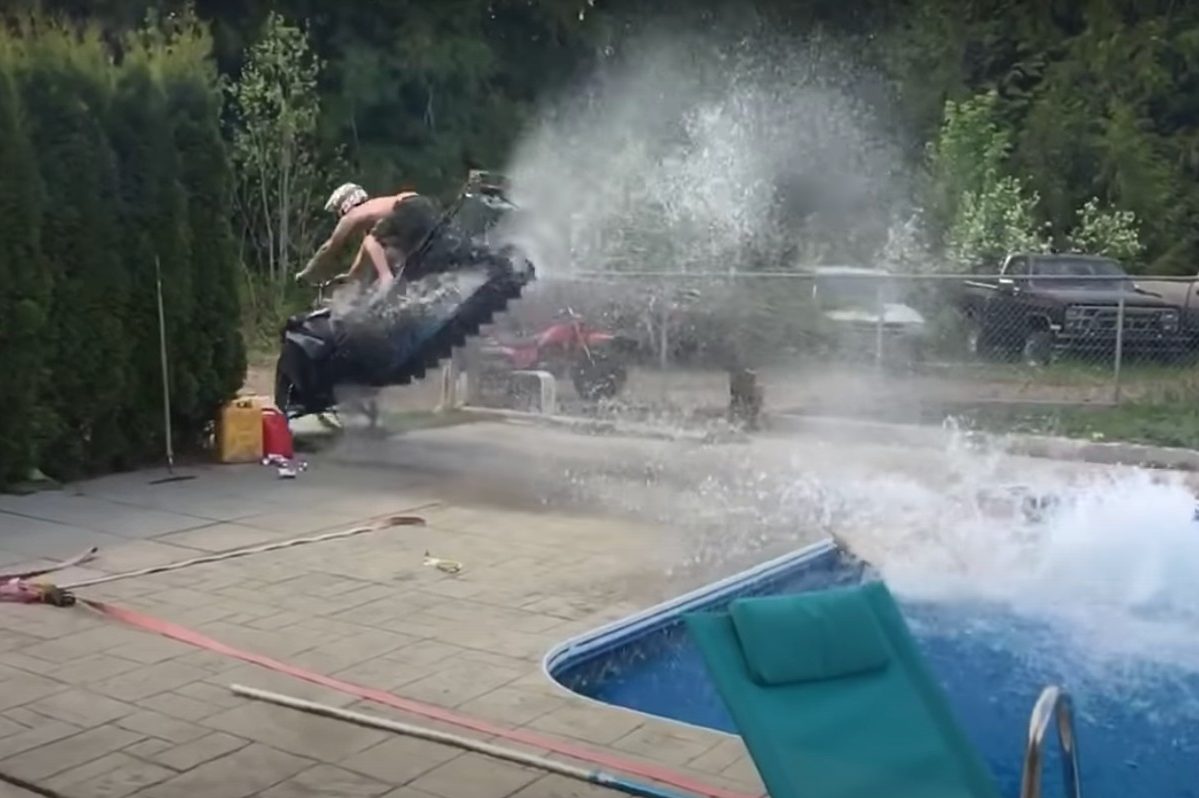 Talk about the ultimate “hold my beer” moment. Now, 99% of the time, snowmobiles are used during the winter months. “Snow” is right there at the start of the word, after all. The other 1% of the time, though, you’ve got wildcards like the guy in the above video, who thought it would be a good idea to send his snowmobile over a swimming pool like he was some sort of professional stuntman. Spoiler Alert: It was not a good idea. Not at all.

According to the YouTube video description, the incident went down in British Columbia, Canada, which is surprising, considering these types of things tend to go down in places like Florida or [insert any other southern U.S. state here]. While the video ends with the Canadian snowmobiler landing off-screen, you can already tell by the angle he’s falling at that it wasn’t a good fall. Here’s a good rule of thumb: If you’re coming in hot at a 45-degree angle, then there’s a pretty decent chance of you ending up in rough shape.

As the video’s uploader points out, the guy ended up in the hospital with a broken collar bone after the snowmobile landed right on top of him. To be honest, he’s lucky his fate wasn’t way, way worse. Considering the speed and trajectory of his fall, he could’ve easily landed himself in intensive car with a broken neck or a shattered spine.

What if he weren’t wearing a helmet? There’s a good chance he would’ve been looking at a fractured skull. Hell, the injury could’ve even been fatal. In any case, I’m guessing this swimming pool fail served as a serious wake-up call for this guy that, despite the liquid courage brought on by a boatload of Labatt’s convincing him otherwise, snowmobiles and swimming pools just don’t mix.