Driver Is Caught on Camera Using Trailer for Back Tires 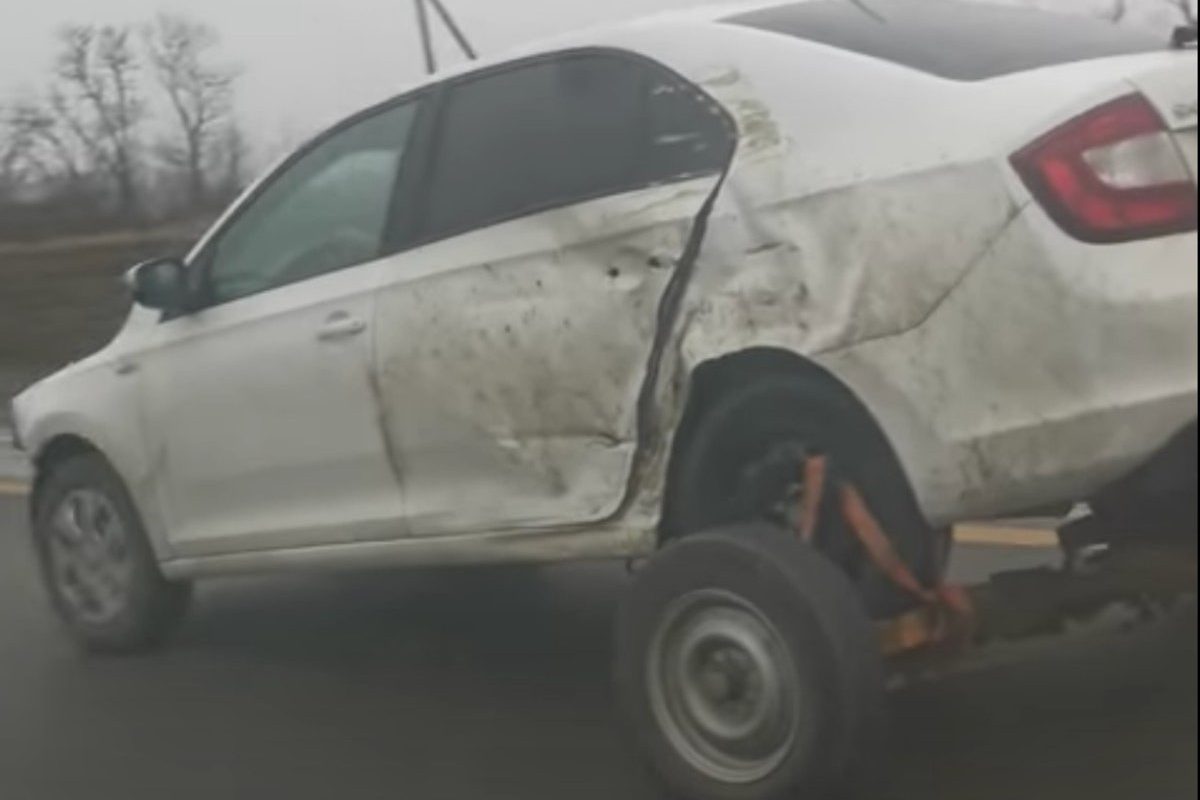 Well, this is certainly one way to make your car mobile again. One driver was spotted on the highway in Rostov-on-Don, Russia, driving with a trailer under the rear wheels of the vehicle.

I’ve never seen anything quite like this, but holy cow, does that look unsafe to be on public roads. Check out the short video below, because you won’t want to miss this.

Judging by the left side quarter panel being smashed in and the rear wheel pointing in the wrong direction, this person clearly got into a crash, putting their car out of commission. Rather than tow it to a shop, the driver had other plans. Using a short two-wheel car trailer, they got the back end of the car on there and used the trailer tires as replacements for the car’s tires. The real question is if they had a trailer already, why didn’t they just tow the vehicle normally? Who knows, but I’m not even going to try and rationalize this situation.

I’m not sure what kind of road laws they have over in Russia, but I’m pretty sure this breaks at least one of them. What’s even more astounding is the fact that it’s actually working surprisingly well at high speeds. I’m both impressed and terrified at this driver’s ingenuity. But, hey, I guess if it works, it works. The person filming definitely got a good laugh out of it, and I assume so did just about everyone that saw this on the road.

The laugh in the background of the video would be pretty similar to my own reaction had I seen this in person. I mean, this isn’t something you witness everyday. Regardless, it may have been a risky move, but it seems to have gotten the driver where they needed to go. All things considered, I guess you could count that as a win.