4 of the Most Dangerous Roads in America Are in Texas 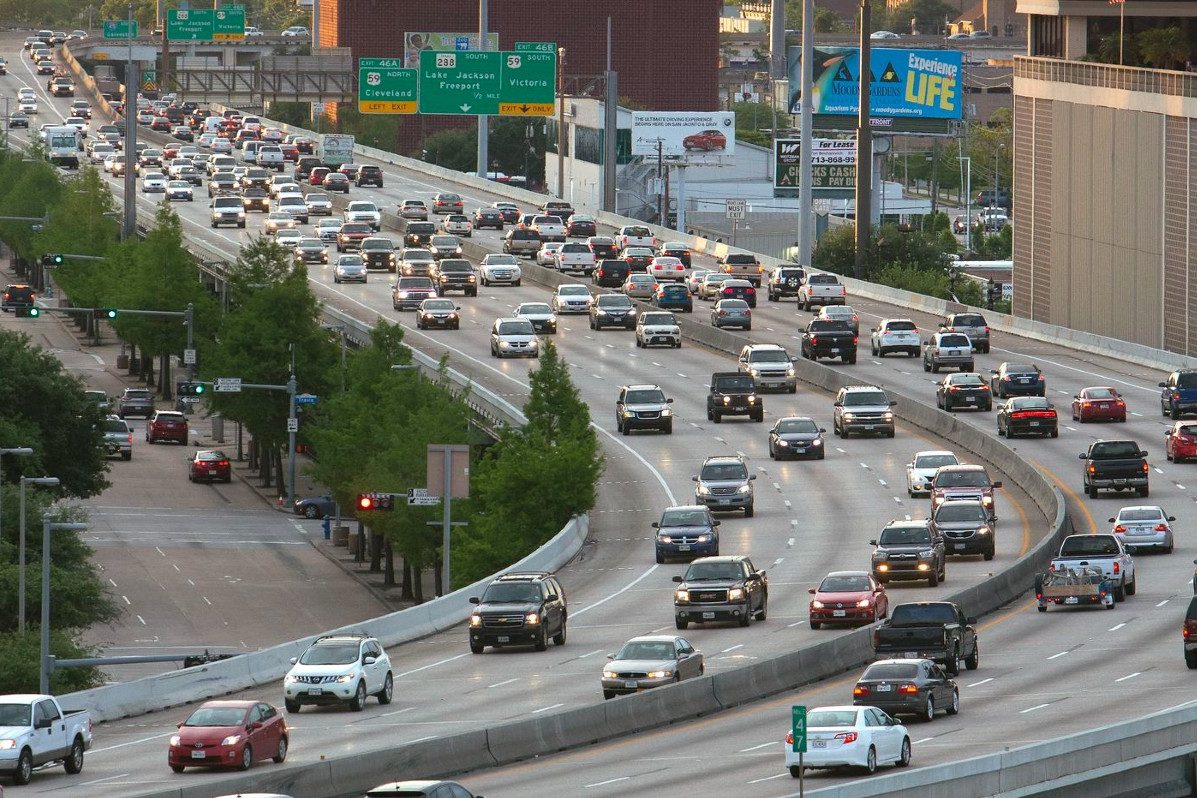 Driving around in a car is by far the most popular way to get around the United States. They pretty much built the country to operate in this way, so a large numbers of vehicles on the road is pretty common. However, you may want to look at the list below before you set out on that long road trip.

We’re all human, so we make mistakes on the roadways, but when fatal accidents begin reoccurring on the same stretches of road, it’s a red flag for the Department of Transportation. States have the ability to put together information regarding their most dangerous highways, so we can be aware before we drive. That’s why we’re going to check out 25 dangerous roads in America that you should either avoid, or proceed with caution.

If you’ve been on Interstate 45, you shouldn’t be surprised that it was named one of the deadliest highways in America. The worst section of the road was found to be when you’re going through the city. Houston drivers travel fast and are usually distracted, causing 56.5 fatal accidents per 100 miles of roadway.

U.S. 83 runs from the border of Canada to the border of Mexico, hitting the Dakotas, Kansas, and Oklahoma, among others along the way. The most dangerous stretch happens to be when you’re going through Texas. It averaged a fatal crash every other week in this area alone.

Running from Virginia to Florida, this road gets specifically dangerous in South Carolina. It is a very scenic route, but it consists of dangerous parts like blind curves, sharp turns, and narrow lanes. There are even some animals that like to cross the road. It recorded one death every two miles.

Over 10 percent of the accidents on this road occurred in the eight-mile stretch around Norwalk. With over 700 crashes each year, it’s definitely a spot to be extra careful. State police have stated that the issue is due to the curves, hills, and high traffic.

I-85 in North Carolina

Reporting over one death per week on the North Carolina section of I-85, the crashes are mainly a result of other drivers. If that’s not enough to scare you, you should also know that the entire stretch of I-85 from Virginia to Alabama is 666 miles. Coincidence? I think not.

Spanning from Los Angeles to Washington, the portion that runs through Oregon is the most dangerous stretch of road. With 34 crashes per year within 363 miles, it’s best to keep your eyes on the road, even though runs parallel to the Pacific Ocean.

This roadway runs through the San Juan mountains with lots of hairpin turns that can sneak up on you. During bad weather, this road becomes far more dangerous. Stick to the speed limits, and if you do go too fast, just hope there is a guardrail there to save you.

The Dalton Highway in Alaska

This road is often referred to as the “haul road” due to the large number of truckers that use it. It was featured in Ice Road Truckers, and it’s so dangerous that a helicopter patrols the road twice a day to ensure no one crashed or is broken down. If you do get stuck, you’ll be stuck for a while, because there is practically nothing around you. It even recorded some pretty extreme temperatures during the winter.

Interstate 10 runs the entire width of the United States, though the 150-mile stretch through Arizona is extremely dangerous. It continues through a desert and claims 85 deaths each year in this state. Car accidents in general are never ideal in the desert.

When an entire stretch of road gets named “The Killway,” you know that’s somewhere you should avoid. It’s also known for some pretty brutal head-on collisions between truck drivers. Improvements were made on the more narrow sections, but it’s still a road to watch out for.

U.S, route 1 runs a whopping 2,369 miles from Maine down to Florida. Claiming the most dangerous highway in Maine and Maryland, it recorded more than 1,000 fatal car accidents over the last decade, which makes it one of the deadlier highways in the country.

Interstate 4 runs throughout Florida, and it has 1.4 fatalities per mile. Florida also has pretty laid back laws about cell phone use while driving, so it’s safe to assume distracted driving is a factor. If you’re passing through, double check that you’re wearing your seat belt.

The Million Dollar Highway in Colorado

Highway 550 is only about a 25-mile stretch of road, and it reaches 11,000 feet above sea level. There are no shoulders and many turns do not even have guardrails, so while it’s a nice scenic drive, it’s important that you pay attention to your driving.

Although the road runs for 111 miles from Jacksonville to Dallas, the most dangerous section was found to be in Dallas. It averages 0.685 fatalities per mile, with around half of those occurring in this city.

Montana alone has the highest fatality rate in the United States. Because of its vast plains, emergency services have long times before they arrive to provide help to crash victims. With such an open roadway and minimal drivers, people tend to travel at faster speeds as well. Don’t let the remote area fool you, it can be even more dangerous than the urban ones.

I-285 acts as a perimeter of Atlanta, and it creates a 63-mile loop near the city. With a high flow of traffic, dangerous merges, and unique turns, it proves to be an extremely dangerous road to drive on. It’s also heavily populated with large trucks, so proceed with caution.

I-15 from Los Angeles to Las Vegas

Interstate 15 is a 180-mile stretch that has more fatalities than any other road in the state. Even worse, half of the crashes included drivers not wearing seatbelts. Drinking and driving and distracted driving are the cause of a large portion of these accidents.

We talked about I-95 in Connecticut, but it’s back again with a stretch of road in Miami. There’s a long express lane that rides along the road and no solid divider between the two. The drivers weave in and out of the lane dangerously to avoid slower traffic, but it results in high numbers of crashes and fatal accidents.

Austin, Texas is a beautiful place, but it’s also home to two of the deadliest roads in Texas. The main cause of accidents are the other drivers on the road. Large portions of crashes also included distracted driving and drinking while driving.

This roadway is known to be quite scenic and very historic. It’s also the longest parkway in the entire state of New York, but the 104 miles of road have caused 2,080 accidents in only a three-year period, so beware before you drive.

A section of Route 199 is known as the Redwood Highway, and it runs an 80-miles stretch through some scenic areas. It also includes very narrow lanes and tight corners. The roadway brings a death every two miles, and a majority of fatalities involved the vehicle striking a tree.

Interestingly, I-80 is the second longest interstate in America. Running from New Jersey to California and covering 2,899 miles, it’s the most dangerous road in five of the 11 states it crosses. Each of those states sees an average of 16 deaths per year from their drivers.

I-26 in South Carolina

The part of I-26 that runs through South Carolina had 325 deaths in 286 wrecks between 2000 and 2010. But, a strong portion of these numbers happened in shorter sections of the road. It has steep drop-offs and minimal guardrails. Not the best situation to be in when something goes wrong.

While it’s only a 75-mile road, it still passes popular attractions like Walt Disney World and Melbourne. It still regularly contains some pretty high traffic. Even though it’s short, it surprisingly has 0.87 deaths per mile.

The Lake Pontchartrain Causeway in Louisiana

This is the longest bridge over water at 24-miles long, linking New Orleans to Mandeville. Once you’ve entered, you can’t even spot land on the other side. It’s a dangerous place to try and pull over in the event of an accident, and it’s also known to have severe fog roll in to the point where police escort is needed.