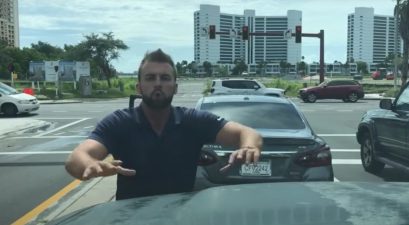 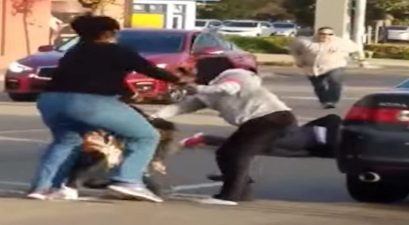 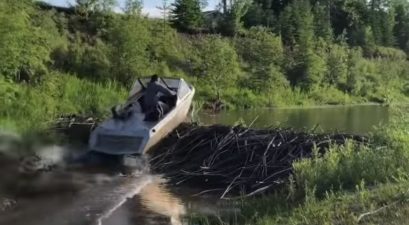 Not many people get the opportunity to be up close and personal with a Caterpillar D7 when it’s hard at work. This bulldozer was designed to move earth, and that it does extremely well. This video from “Greased up dirty diesel” showcases the overwhelming power that these machines have, as the D7 plows down a path for a new logging road.

It’s oddly satisfying watching this dozer get through all the trees and brush. Within seconds, it clears massive paths through the forest with ease. For most of the video, you can tell that Caterpillar wasn’t even breaking a sweat. The camera men were getting some great up-close shots at around the same level as your eyes would be. It really gives you a true perspective at how massive this piece of heavy equipment actually is. Then again, it needs to be in order to properly do its job.

Hell, I give those camera people credit for being so close in the first place, though even more credit should go to this operator. He skillfully tackles the challenge of laying out these logging roads. I think it’s safe to say he’s done this a time or two. The footage is from a farm in Hegra, Norway, where the land would later be cultivated for agricultural use. Seeing videos like this does make me a bit jealous of the work day of an operator. Talk about an interesting job!

This is it, folks. This is a Caterpillar D7 in action and it’s one bad machine. Between the quiet purr of the diesel engine, the giant piles of debris getting pushed around, and the cleared pathways left behind it, this video is just all-around awesome. I’ve already watched it too many times. There’s nothing quite like seeing the capabilities of a solid piece of heavy equipment.