Beekeepers Save Pickup Truck Driver From This Aggressive Horde 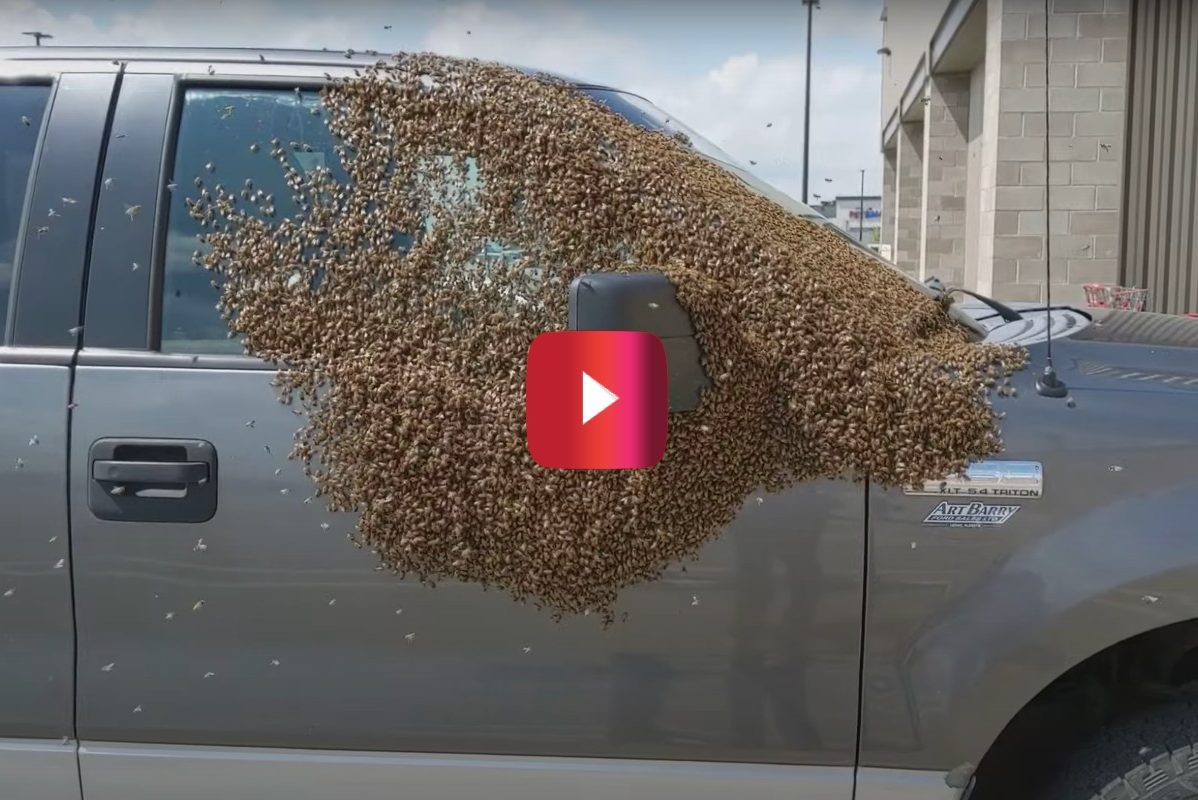 Can you imagine coming back to your car or truck after running some errands and seeing it absolutely swarmed with bees?

Yeah, that’s right, I said bees. I’m guessing that whenever most of y’all have had experiences with those buzzkills, it’s usually been only one or two at a time. Even then, it’s enough to put you on high alert, especially if you’re allergic, or, you know, just a normal person who doesn’t enjoy being stung.

Unfortunately for one pickup truck driver from Saskatchewan, Canada, he had to deal with a lot more than just one or two bees. We’re talking an entire army of bees. Which, as you can probably imagine, is entirely too many bees. And, as the below video shows, those bees seemed pretty content in sticking around the guy’s truck for a while.

The video’s description reads, “A queen bee and her hive decided a truck in a parking lot was a good place to rest before moving on! Worried that the owner of the truck would need to leave right away, beekeepers were called to safely remove the bees and relocate them, unharmed!”

Read More: Pick-up Pools Are the Accessory That Turns Your Truck into the Perfect Pool Party Spot

It’s good to know that Canada just has beekeepers on call for any and all bee-related emergencies. I’m curious, though. What number would you even have to call for emergency beekeeping services? 1-800-BeesBeGone?

Then again, I guess not everyone out there would have resorted to good ol’ fashioned beekeepers if faced with a similar situation. As one YouTube commenter says, “Where’s a flame thrower when you need one?” Now THAT would’ve made for a much more extreme video.