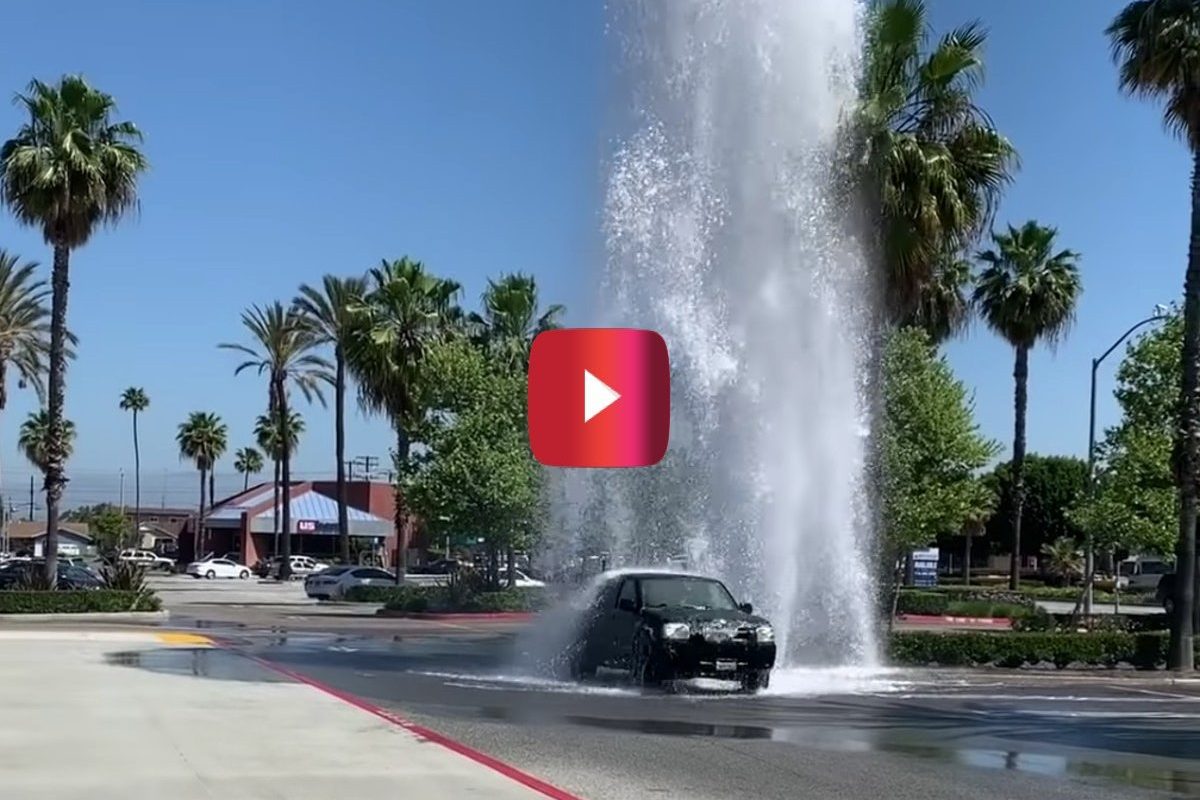 Did you happen to know that 16% of car owners admit to never washing their cars? You may think that’s a shocking statistic, but I buy it. Shelling out around $15 or $20 (depending on what kind of package you get or where you go) may not seem like a big deal, but it’s more than some people are willing to spend for a clean car. Of course, you could always just wash your car at home, but that takes time. Time you could be spending, I don’t know, ordering pizza, taking a nap, or other more important things.

But, as the saying goes, when life gives you lemons, you make lemonade. And when life gave a few folks from Buena Vista, California a broken fire hydrant, they made a car wash. Even if they’re typically in that 16% of people who never wash their cars, they had an opportunity that was too good to pass up.

Read More: Hackers Can Trap People in Automatic Car Washes With a Way Too Simple Approach

As you can see from the above footage, these folks drove their cars through an absolute GEYSER caused by the busted hydrant. I mean, that thing was absolutely rocketing water. I’d be surprised if it didn’t take off a decent amount of paint in the process.

Everything that’s going on here looks like an absolute blast. But, of course, because this is the internet and there’s always that one person out there who has to ruin everyone’s good time, one YouTube commenter had to throw in his two cents about the problem with the whole free car wash thing.