This Loading Fail Is What Happens When You Forget the Basics

Anaconda vs. Pickup Truck in Brazil 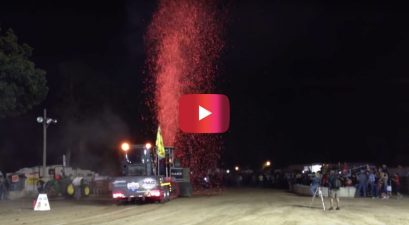 If you’re trying to load a truck onto a trailer, then there are just a few things that you should make sure are taken care of before you hit the road.

First and foremost, you’re going to want to check and double check that the tires of both the truck and the tow vehicle are completely blocked or locked in place, whether via wheel chocks or simply by applying the e-brake. This is probably the most important measure to ensuring that the loading operation will go off without a hitch (pun not intended).

What we have here is two individuals who forgot that most vital aspect of trailer loading. In this match-up pitting a “Chevy truck with no clutch” against “2 rednecks and a Dodge,” you can probably guess which side came out on top. Technically, there were no winners here. Only losers and bigger losers.

Read More: Tacoma Driver Has No Idea How Towing Works

If there’s any bright side to be gleaned from this disaster (it was tough to come up with one), at least the truck didn’t end up veering into traffic. We could’ve been looking at a serious chain-reaction accident, which would’ve made for a WAY different video. Thankfully, the damage was at least somewhat contained.

Speaking of the damage, it looks like the Dodge likely required a pretty costly trip to the shop, considering the bent frame and all those dents. It’s a shame. A real shame.

Of course, we’re not even touching on the sneaky funniest part of the video, which is the fact that someone actually took the time to film this fail. Meaning, they likely knew where this all was headed right from the jump. And said nothing. I guess sometimes it’s just better for others to learn from their mistakes.