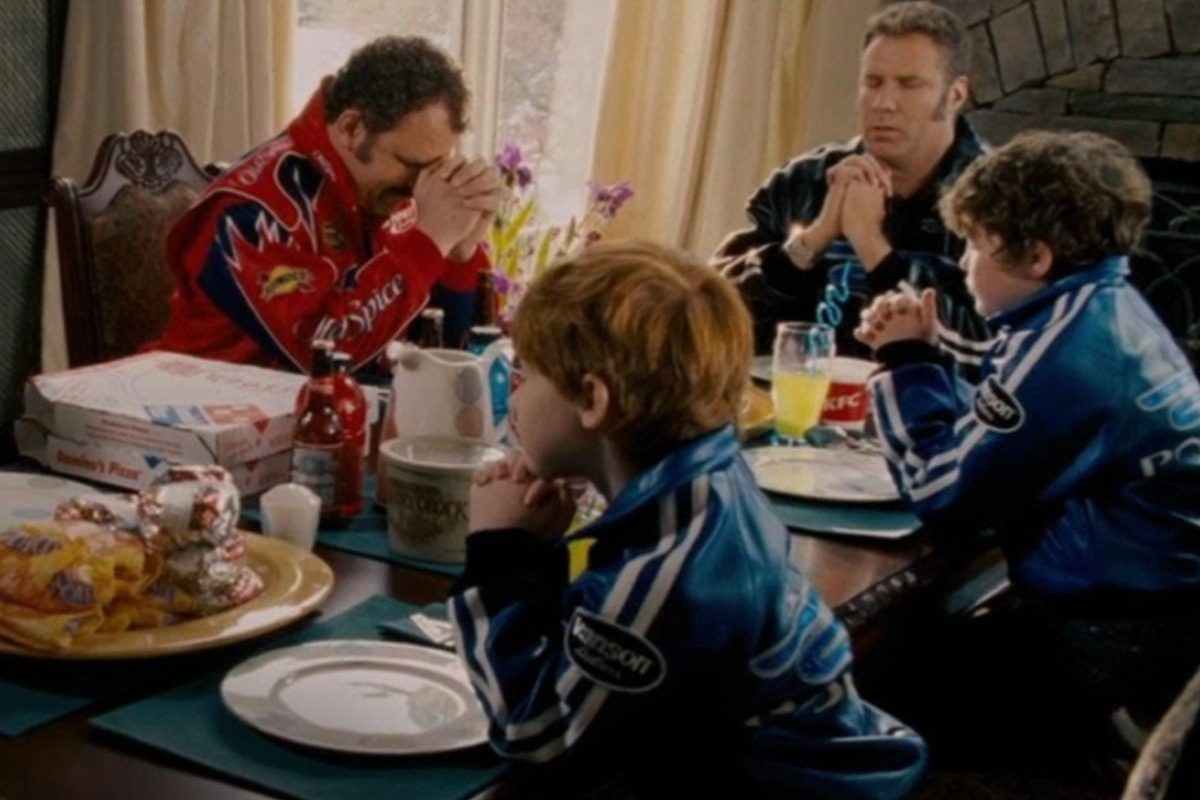 If you’re looking for a hilarious movie that will bring a good laugh, Talladega Nights: The Ballad of Ricky Bobby is one of the best movies you can watch. Directed by Adam McKay, the comedy is chock-full of tons of classic one-liners that will leave you cracking up throughout the film. Will Ferrell plays Ricky Bobby, a NASCAR driver who’s a winning machine, but his luck starts to run out after another talented driver, Jean Girard, (played by Sacha Baron Cohen of Borat fame) comes on the scene.

I don’t care how many times you’ve seen this movie before, it really never gets old. Anytime you put Will Ferrell and John C. Reilly together, you’re guaranteed to end up with some amazing comedy. If you’re still not convinced, let’s take a look at some of the all-time funniest quotes in the movie.

10 of the Funniest Talladega Nights Quotes

1. “Here’s the deal: I’m the best there is. Plain and simple. I wake up in the morning, and I piss excellence.” – Ricky Bobby

Of course, Ricky is used to winning. His over-the-top, self-absorbed personality is what makes his character so entertaining. He also has no issue telling you he’s the best. In fact, he actually prefers to talk about just how superior he really is compared to everyone else.

If there’s one guy who’s truly committed to advertisers, it’s Ricky Bobby. He pretty much has no sensor and gets right to the point, even if that means hurting some feelings.

Cursing out every single person who doesn’t chew Big Red for a commercial is exactly his style. There’s truly no denying his dedication to this product.

3. “Help me, Jesus! Help me, Jewish God! Help me, Allah! AAAAAHHH! Help me, Tom Cruise! Tom Cruise, use your witchcraft on me to get the fire off me!” – Ricky Bobby

When things go south and a crash ensues during a race, Bobby calls out to just about every god he can think of to make it out alive.

This probably would be justified, if he were actually on fire. Instead, he ends up running around on the race track in his underwear, shouting in a panic, even though he was totally fine.

4. “Dear Lord baby Jesus, lyin’ there in your ghost manger, just lookin’ at your Baby Einstein developmental videos, learnin’ ’bout shapes and colors. I would like to thank you for bringin’ me and my mama together, and also that my kids no longer sound like gang-bangers.” – Ricky Bobby

People pray to all kind of gods, but in Ricky Bobby’s household, he prefers to pray to baby Jesus. He’s certainly got quite the vivid picture in his mind while he prays about his two sons, Walker and Texas Ranger.

Considering the personalities of his kids, his comments about them aren’t far from the truth. Some of the comments that get made by Ricky will definitely hit you off guard.

5. “I like to picture Jesus in a tuxedo T-shirt because it says I want to be formal, but I’m here to party.” – Cal Naughton, Jr.

After Ricky’s odd grace before dinner, his wife questions him on his baby Jesus comments. Cal is quick to come to the side of Ricky, stating the different ways that he likes to picture Jesus as well.

Judging by his reasoning in this quote, it’s easy to see how the two are able to be best friends.

6. “Are we about to get it on? Because I’m as hard as a diamond in an ice storm right now.” – Ricky Bobby

Susan plays a big part in Ricky’s life after his wife leaves him. She gives him quite the motivational speech while the two are at a bar. It includes a long spiel about how he’s a doer, and she even throws in comments about wrestling demon cobras and riding skeleton horses.

The pep talk clearly worked, judging by how Ricky responded.

7. “I hope that both of you have sons…Handsome, beautiful, articulate sons, who are talented and star athletes and they have their legs taken away. I mean I pray you know that pain and that hurt.” – Ricky Bobby

Ricky gets a little sensitive after one of his crashes. Members from his pit crew and racing team try to explain to him that he is not injured, but Ricky takes it as if they don’t take his injuries seriously. Michael Clarke Duncan’s character, Lucius Washington, isn’t happy with those comments, and they continue to argue.

Ricky goes even further to stab himself in the thigh with a knife to show he can’t feel his legs. Unfortunately, he very much could feel them, and he finds that out shortly after.

8. “This sticker is dangerous and inconvenient, but I do love Fig Newtons.” – Ricky Bobby

In this hilarious moment and movie quote, we see just how dedicated Ricky is to his sponsors. He runs out of room on the body of his race car, so he decides to rent out the windshield as additional advertising space.

The Fig Newtons logo takes up pretty much his entire view, but hell, you have to make those sponsors happy, right?

Ricky’s kids aren’t exactly the most well-behaved children out there. After they throw a series of insults at their grandpa, Chip, he asks the boys what’s wrong with them.

The quote was one of the responses that he got. It’s likely accurate, judging from the amount of junk food that they have laid out on the dinner table.

The “Shake and Bake” catchphrase that Ricky and Cal used often was one of the more iconic, reoccurring moments from the film. However, when Cal goes his own way, he changes his nickname to Magic Man.

While Ricky wasn’t a fan at first, he comes around and finally recognizes Cal by his new name toward the end. He even changes his own nickname to El Diablo, which he thinks means “fighting chicken” in Spanish.