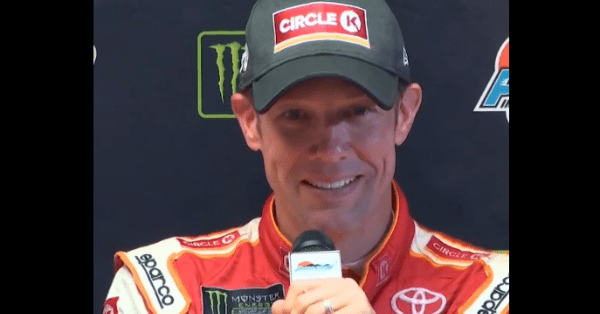 Matt Kenseth was loose — very loose — after his win at Phoenix. And, he should be. The 45-year-old driver has already announced that he won’t return to NASCAR next year and, and his win could very well have been he last of his career.

His press conference afterwards turned into a bit of the Matt Kenseth comedy routine as he ribbed reporters, poked fun at himself, and had the press core laughing. Check this out:

Kenseth once joked that he might drive a school bus when his NASCAR career was done. Maybe he’ll just go into comedy.