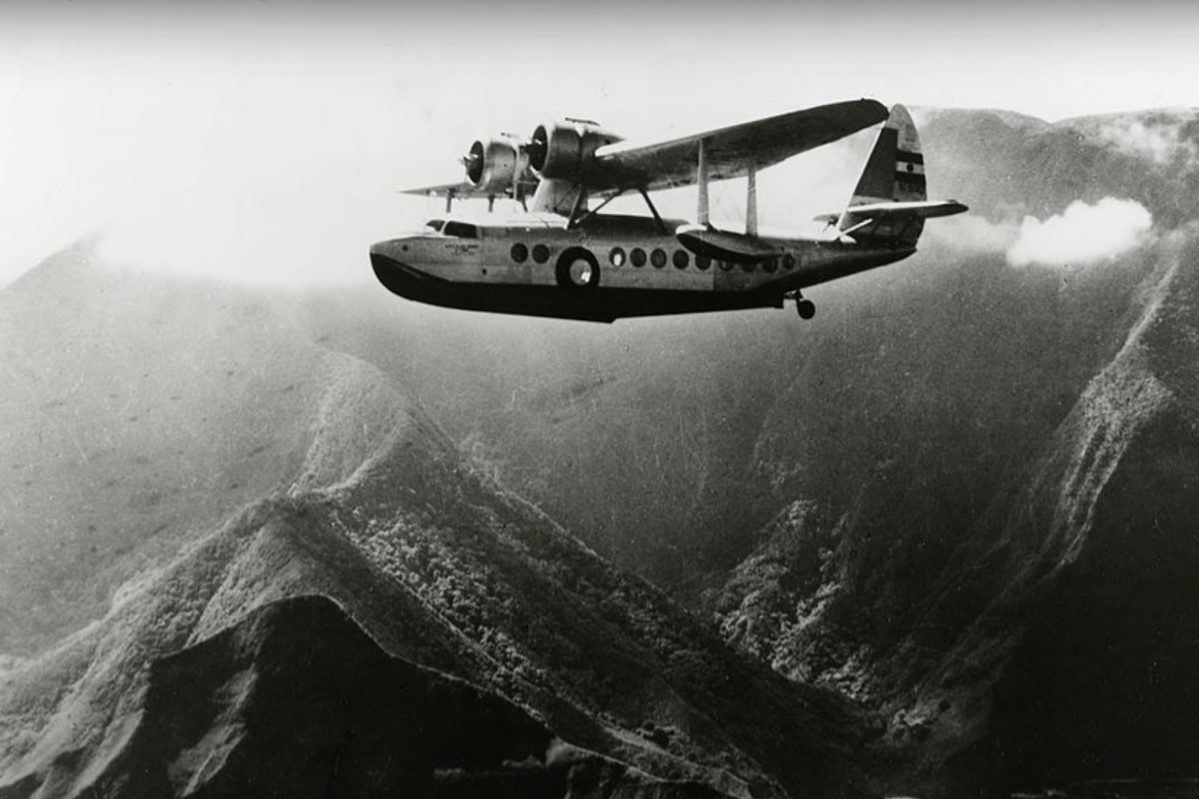 The Sikorsky JRS-1 is historic to say the least, but it’s not necessarily due to its overwhelming firepower or mind-blowing innovation that changed aircrafts forever. In fact, it was often referred to as a “flying pickup truck” and was used by the U.S. military as part of a noncombat utility squadron, with tasks such as aerial photographs and mail delivery to U.S. Navy troops on Hawaiian islands.

So, why exactly is this JRS-1 so memorable? Well, this particular plane survived the 1941 attack on Pearl Harbor on December 7th. It’s one of only three survivor aircrafts that were located at Pearl Harbor during the attack. Amazingly, the aircraft was unharmed at the time, and it was quickly put into action during World War II, even though it wasn’t designed for that sort of operation. Navy crews piled into these planes as extra eyes and to act as a last-ditch defense. The main goal was to spot any sign of Japanese attacking forces and report it back before being shot down, and it was used for this for multiple days after the attack.

As another interesting fact, most of the aerial photographs of the attack’s aftermath found in history textbooks were taken from these planes. Even after its survival and aftermath-recording tasks, it continued to be used in Pearl Harbor up until 1943, when it was overhauled and finally returned to use as a personal aircraft in California. After WWII was over, it was in research for the National Advisory Committee for Aeronautics (NACA) — the organization before NASA — then the JRS-1 was sent to storage in Georgia.

Today, the JRS-1 aircraft can be found on museum display at Steven F. Udvar-Hazy Center, which is the Smithsonian National Air and Space Museum (NASM)’s annex at Washington Dulles International Airport in Chantilly, Virginia. You’ll find that the amphibian plane has multiple layers of paint on it, only confirming its historical presence. Back in its prime, the aircraft was painted with bright colors for a number of different reasons, including an easier search and rescue on the chance it was forced down, as well as a simple way to describe the duties of the aircraft and the crew that operated it.

One unique feature of the JRS-1 in its current state is the original logo painted on the side. You’ll notice a flying pelican holding a mail bag, target practice sock, and a photographer caught on the beak. However, that only describes the original purpose of the plane, not the duties that it was forced to ensue following the attack. It’s certainly a historic piece in the museum’s collection, and if you’re ever around Virginia, I’d say checking this thing out is well worth the time spent.