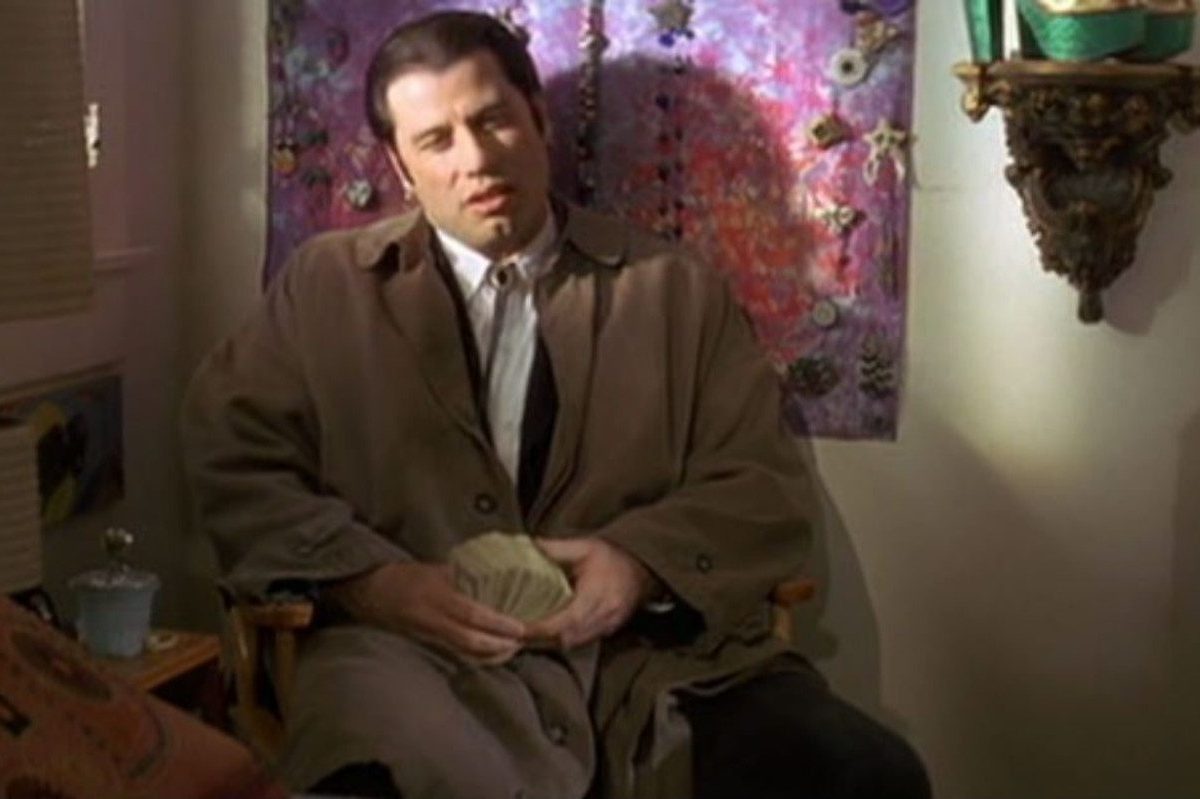 You don’t have to be a movie critic to know that Pulp Fiction is one of the most iconic films of the last 30 years. An out-of-sequence crime tale set in Los Angeles, California, filmmaker Quentin Tarantino’s second movie is chock-full of memorable scenes and legendary quotes.

Now, while the greatest mystery from the Oscar-winning movie is probably the question of what’s in the briefcase obtained by hitmen Vincent Vega (John Travolta) and Jules Winnfield (Samuel L. Jackson), there are other smaller mysteries littered throughout the film that only the most vigilant viewer could even appreciate. One of these mysteries includes the culprit behind the keying of Vincent’s car, a stolen cherry red 1964 Chevy Malibu.

The keying in question gets brought up when Vega pays a visit to his heroin dealer. In the seemingly inconsequential scene, the two make small talk, and Vega discusses how his car was keyed by an unknown vandal. But, we never explicitly learn who exactly keys Vincent’s car. Considering what goes down later in the movie, that’s the least of his worries.

Apparently, the answer to the question of “Who Keyed Vincent Vega’s Car?” is pretty obvious, and we should’ve known the identity of the culprit the entire time. The film, of course, is shot out of sequence, so it was easy to overlook the first time you watch it. But, the guilty party was none other than boxer Butch Coolidge (Bruce Willis).

After agreeing to throw his boxing match (which doesn’t actually end up happening), Butch is looking for a way to retaliate. He didn’t want to do anything to kingpin Marsellus Wallace (Ving Rhames) obviously, so instead, he keys Vega’s car out of frustration. Now, remember, Vincent didn’t have the best day either, having accidentally killed Marvin, survived a coffee shop stick-up, and, on top of that, having to entertain the boss’s wife, Mia Wallace (Uma Thurman). Which, if you remember, doesn’t end up going so hot.

During an interview with Opie and Anthony, Tarantino (Kill Bill, Reservoir Dogs) actually admitted that Butch was the one who keyed Vincent Vega’s Chevrolet Chevelle Malibu. Sure, it’s not exactly a pivotal plot moment in the movie, but it’s cool to finally know who made Vega so upset by keying his car.