Did You Know That NASA’s Lunar Rover Was Almost Something Completely Different? 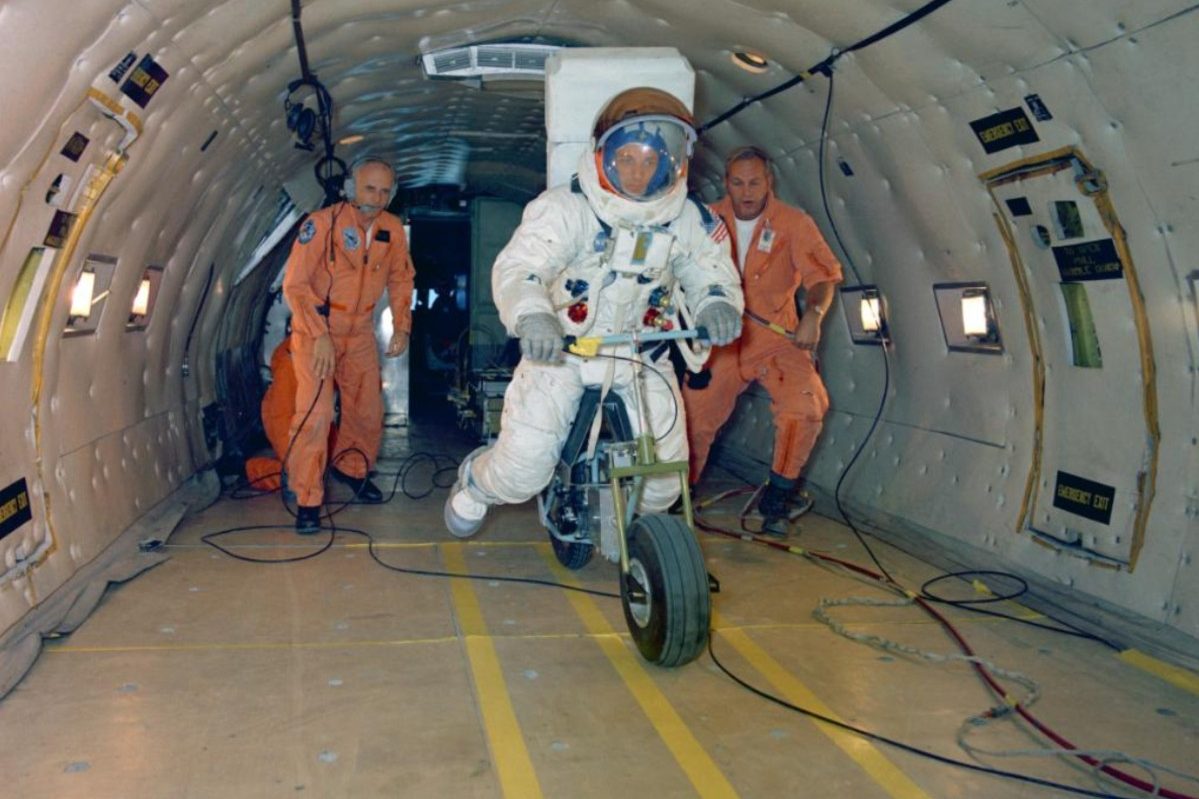 Hopefully, you remember from your history classes that we landed on the moon in 1969. Heck, maybe you even got to witness the culmination of the Apollo 11 mission on your TV set while it was all going down in real time. But, it didn’t all end with Neil Armstrong’s oft-misquoted line, “That’s one small step for a man, one giant leap for mankind.” There were 17 United States-sponsored Apollo missions (18 if you count that terrible found-footage movie that came out back in 2011).

To further explore the moon’s surface during the Apollo missions that followed, NASA worked with Boeing to develop the Lunar Roving Vehicle (LRV), a battery-powered four-wheeled dune buggy. But, did you know that the lunar rover was almost an electric dirt bike? True story.

The Electric Bike/Scooter That Was Almost NASA’s Lunar Vehicle

In the end, NASA used the Lunar Rover instead, but a lunar dirt bike would’ve been pretty cool. pic.twitter.com/JY0HN1XUax

NASA worked with such companies as Boeing, General Motors, Grumman, and Lockheed in the mid-’60s to figure out the best way to quickly traverse the moon’s surface for the Apollo 15, 16, and 17 missions. One idea that was thrown out was a compact, battery-powered electric scooter/motorbike. According to a 1972 edition of American Motorcycle Association News, the 90-pound lunar electric bike used a 5/8-horsepower electric motor coupled to a 30 amp-hour battery. This setup allowed the bike to reach a top speed of around 7 MPH.

Fun fact: To help preserve battery life and keep the motor from overheating, engineers surrounded the battery pack with nearly four pounds of beeswax. When the wax softened, the bike stopped until it cooled off and the material again hardened up. After that, the bike could keep right on…buzzing.

A Lunar Motorbike was developed due to fears that the Lunar Rover wouldn't be ready in time. #nasa #moon #space #motorcycle #motorbike pic.twitter.com/G3SShfjzrc

So, why did the lunar electric bike never pan out? Well, because it was just a one-man deal. Essentially, NASA decided that a multi-manned vehicle was much safer, so they went with the LRV instead.

Sure, electric vehicles are all the rage these days, and there are tons of companies that are either developing or have developed electric motorcycles and e-scooters. In 2021, they’re a dime a dozen. But, in the early ’70s? We’re looking at a pretty groundbreaking machine.

Ah, what could’ve been. But, hey, the Lunar Roving Vehicle was pretty cool, too.