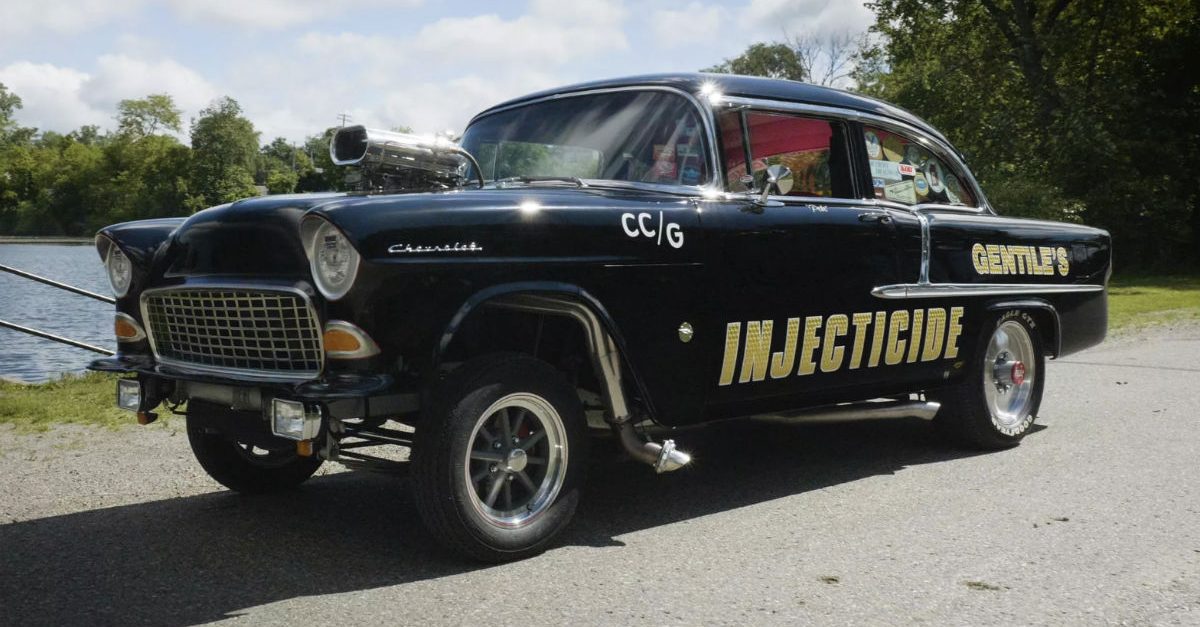 If you’ve ever driven a classic car, you know that, after a while, a special relationship develops between driver and car. Peter Gentile is the perfect example of how that relationship can evolve into a passion for restoration and driving. In the below video for Carfection, Gentile talked about his time drag racing a 1955 Chevy and his dream project of restoring a 1955 Ford.

Gentile got his start drag racing in the ’60s with the Chevy, called Injecticide, and made a name for himself beating most everything he came across at the tracks in and around Detroit, Michigan. Injecticide even came within a second of beating the national record at the time, with a run of 11.77 seconds at 119 miles per hour.

Read More: Check out the 10 Most Popular Classic Cars in the United States, Including the 1969 Ford Mustang Mach One and the 1957 Chevrolet Bel Air

The old Chevy still gets time on the road, and the gorgeous car has people stopping to stare and ask questions about its history, a level of appreciation that not many classics receive these days. Which brings us to Gentile’s passion project: a ’55 Ford.

When he was young, Gentile had a similar car that he sold when he realized he couldn’t dedicate the time he needed to repairing it. However, the buyer didn’t care for the car either, and it was soon scrapped, something that stuck with Gentile for years. Back in 2017, he was able to revive his passion with another ’55 Ford, which is going to need a lot of love before it hits the street again.

We’ll echo Gentile’s wish at the end of video. It would be amazing to see this man complete his life long passion project before he passes.

Read More: 6 of the Fastest American Muscle Cars from the ?60s, Including the 1968 Dodge Charger 426 Hemi and the 1966 Chevrolet Corvette Stingray 427