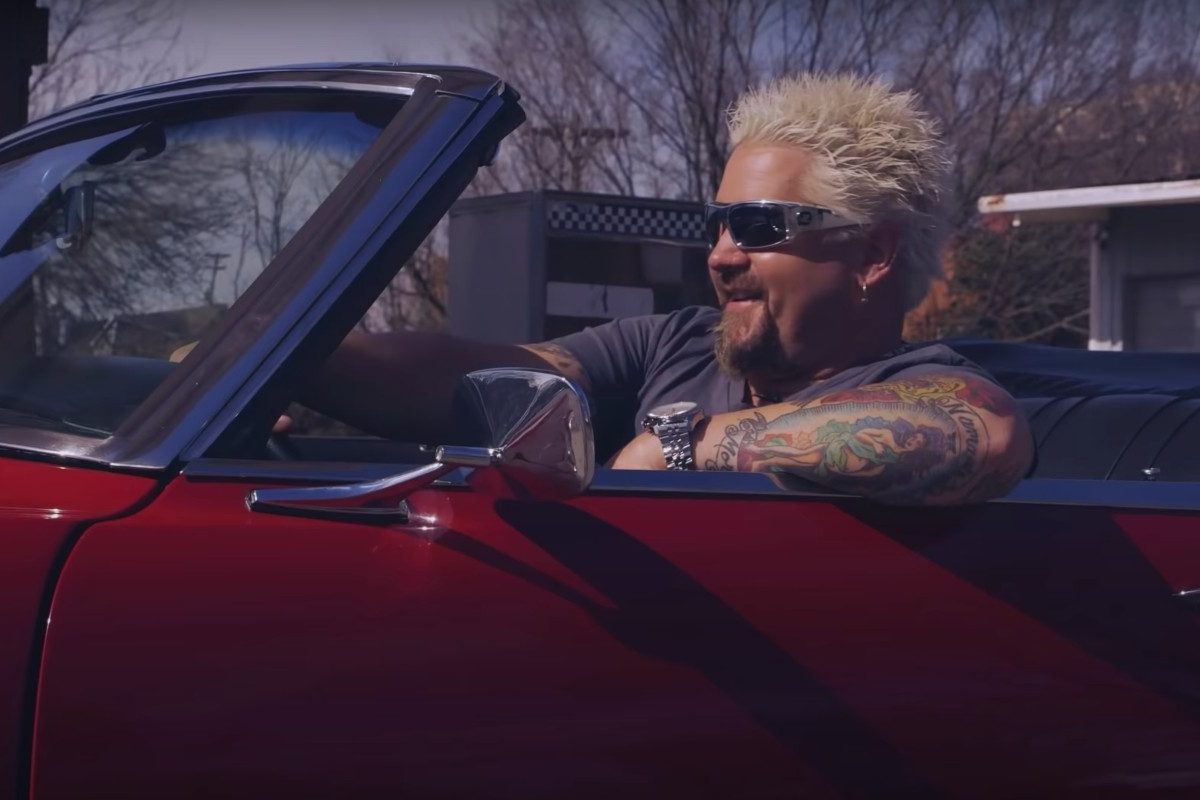 I’ll be honest, Guy Fieri has one of the coolest jobs out there. As the host of Diners, Drive-ins and Dives on the Food Network, he gets to tour the country while testing out some of the greatest American hot spots when it comes to a good meal.

Not only that, but his vehicle of choice for his adventures is a beautiful 1968 Chevrolet Camaro SS convertible, and the car is nearly as famous as the celebrity chef himself.

The Famous Camaro From Diners, Drive-ins and Dives

While Fieri specifically picked out the red Camaro for the TV show, the ’68 is actually not the same car that they started out with. In the earlier episodes of triple D, the first car featured was a 1967 Chevy Camaro that was owned by the now ex-executive producer of the show. In 2011, they sold the ’67 and upgraded to the ’68 model for the Food Network star’s road trips. However, It’s what they did with the newer Camaro that makes the car what it is.

Not only is this classic car completely restored, but they also decided to ditch the 392 factory V8 engine for a powerful ZZ502 Chevy crate engine. It makes a whopping 502 horsepower and is no slouch when you put your foot on the gas. The engine swap was largely influenced by Guy, because according to him, it was a swap that he dreamed about doing for years. As an avid Chevy enthusiast, he couldn’t imagine anything else inside the gorgeous American muscle car.

Guy Fieri, who has an estimated net worth of $50 million, could have easily chosen some luxurious SUV to travel around in for the show, but he chose the muscle car because he really is a true car enthusiast when it comes down to it. The Camaro really is the perfect car to help you get to Flavortown.

His passion and pride for the car translates through the television screen as well. It’s pretty clear that he’s proud to be cruising around in this classic. Just to prove that this guy has a great taste in vehicles, let’s check out some of the cars in his personal collection.

Need more proof that Guy Fieri is a big-time car guy? Check out a few more of the cars in his collection:

One thing is for sure, Guy Fieri definitely has a love for the classics. It’s also clear that the cooking show host and celebrity car enthusiast prefers Chevy over most other American-made vehicles. While most in his collection are muscle cars, he does have a few in there that mix things up a bit. Surprisingly, he even went out and purchased a 2008 Lamborghini Gallardo sports car, but it was stolen from him in 2011. Another interesting past purchase was a yellow Chevy 4500 truck.

I can’t really think of any other car that suits this guy better than a bright red 1968 Camaro, so I’m glad that’s what they ended up going with for the show. It’s got show-stopping looks, but also gives light into the hosts actual taste in vehicles.

The show and the car are both still going strong, so be sure to check them out on the next episode of Diners, Drive-ins and Dives.