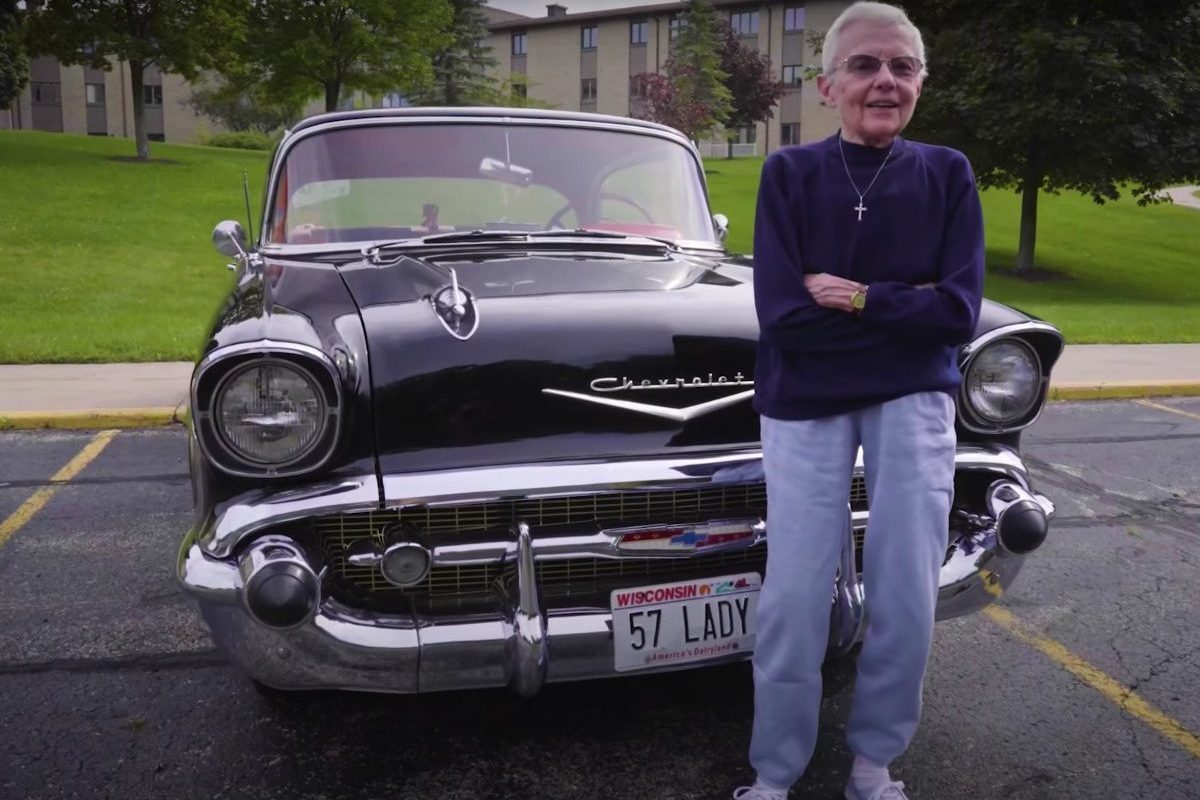 Can you imagine driving the same car for 60 years? Grace Braeger can.

Grace Braeger, the owner of this iconic 1957 Chevy Bel Air, lives in West Bend, Wisconsin, where she drove her immaculate tri-five (as Chevrolets of that era are known). It was the only car she owned for that entire time period, which is pretty wild considering the 60-year-old model must still be running well enough to commute in.

Let’s get the low-down on Braeger’s experience with using a classic car as an everyday vehicle.

Grace purchased her Bel Air in Milwaukee, brand new. She traded in her previous vehicle, a 1950 Chevy, which brought the price down to $2,250. She bought the vehicle from a Chevy franchise that just so happened to be called Braeger. Grace says she loved that the franchise nameplate on the back of the Bel Air meant that it literally had her name on it.

1957 was a particularly good year to purchase a Bel Air for such long term use, since it received several updates that many people these days would consider essential, such as automatic transmission, power steering, and air conditioning.

When asked in an interview why she never sold the vehicle or bought something new she simply said, “I like this car. Everyone likes this car.” Can’t argue with that logic — the 1957 Bel Air is one of the most iconic American vehicles ever made. As one auto historian put it, the ’57 Bel Air is “an icon of its age right alongside Elvis, Marilyn Monroe, and Leave it to Beaver.”

Grace Braeger notes that she got regular oil changes every 1,000 miles, and the car still has the original engine, so let that be a lesson to you in responsibility and maintenance! The car has used 23 different mufflers, however, and each was covered by warranty. Braeger says that the ’57 Lady, as she calls it — it’s right there in the license plate — loves to go to church. You know what they say: The car and car owner that pray together, stay together!