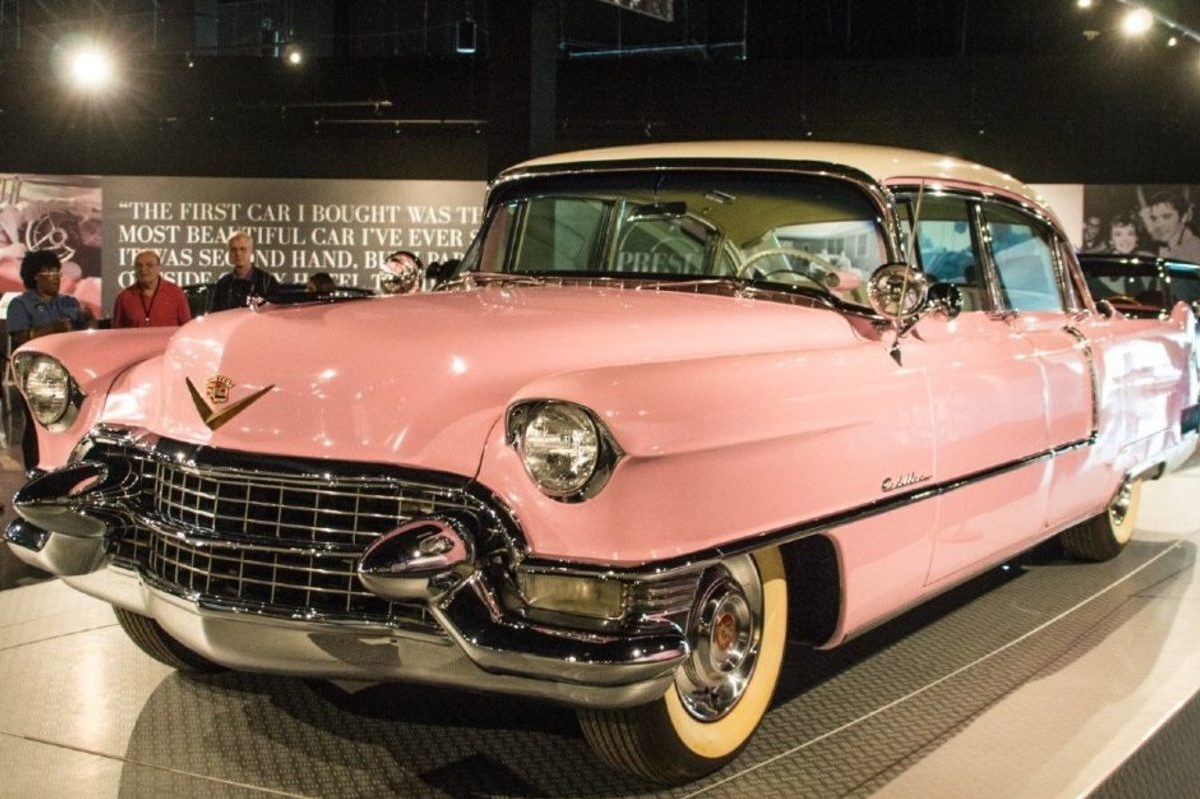 When you think of Elvis Presley, the King of Rock and Roll, what kind of car would you picture him driving? Of all the cars that might come across your mind, a pink Cadillac probably wasn’t one of them. However, Elvis Presley’s pink 1954 Cadillac Fleetwood Series 60 was iconic and set tons of trends around the world. In fact, this car is on permanent display in Graceland’s museum in Memphis, Tennessee. The famous pink Cadillac was even showcased front and center in 2006 for Junichiro Koizumi, the prime minister of Japan.

Elvis originally purchased this car early 1955 and used it transport himself and the Blue Moon Boys around to different shows. The car didn’t last very long, though, and about six months later, they encountered a brake lining failure, which led to the car catching on fire near Texarkana on the border of Texas and Arkansas.

One month later, Elvis decided to purchase another one, opting for one with a blue paint scheme and black roof. Eventually, he got the car painted in a customized pink color, keeping the black roof, and nicknamed the car “Elvis Rose.” The Cadillac was a tribute to one of his songs, Baby, Let’s Play House, which marked the first time he hit the charts.

Elvis’ pink Cadillac Series 60 was mainly used to ride around with his band between 1955 and 1956. During those years, Scotty Moore, the band’s guitarist, crashed the car and caused around $1,000 in damages. Having just signed a deal with RCA, Elvis decided to fix up the body, replace the upholstery, and paint the roof white. Eventually, once the car was finished, he gifted the Caddy to his mother, Gladys Presley, who actually didn’t even have a driver’s license.

Let’s talk a bit about what this car did for pop culture. At that time, Ford Motor Company was the only manufacturer to still offer a pink factory color. Due to the amount of attention that Elvis got for his car, tons of folks began to order their cars in this color. You may have noticed, for example, the pink Cadillacs that are used for Mary Kay sales people. This originated from Elvis’ car. He was even the inspiration to Robert Dunn’s musical novel, Pink Cadillac, where Elvis even made a surprise appearance. Additionally, there have been numerous songs about pink Cadillacs by artists such as John Prine, Bruce Springsteen, and Aretha Franklin.

This famous car is definitely a last piece of both automotive and musical memorabilia, so it’s awesome that it’s still on display at Graceland. Not many people can pull off a pink car and make it cool, but Elvis was not like many people. He was a trendsetter and influenced people from all over the world. That’s the kind of power you get when you’re The King.