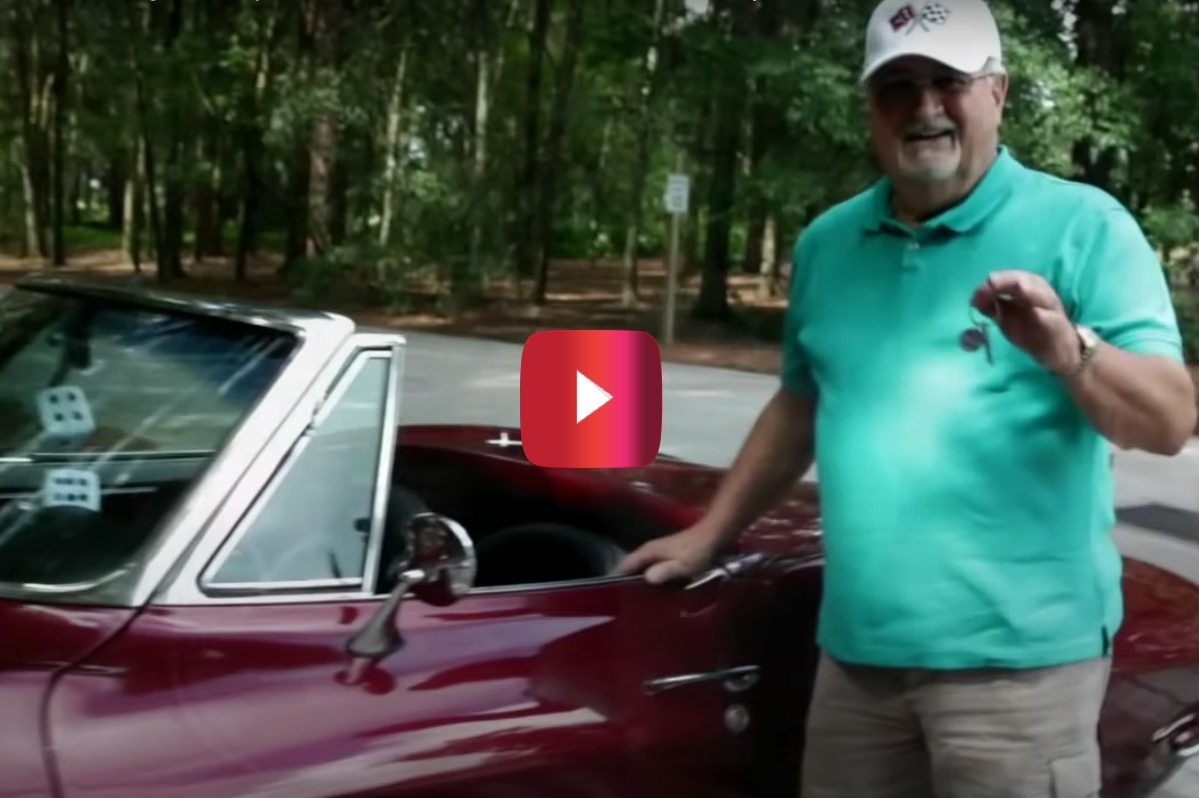 Take notes, kids: This right here is a prime example of the proper way to treat your dad on Father’s Day.

Back in 2017, Lisa Sartori posted an awesome heartfelt video to YouTube showing one of the best Father’s Day gifts. She gives her dad a 1966 Chevrolet Corvette Stingray, and it’s bound to make you feel some emotions.

Most car enthusiasts get their passion from their dads, and Lisa’s story is no different. Needless to say, she was waiting for this moment for a long time. Her father had collected numerous classic cars and muscle cars over the years, and while he never owned a Chevy Corvette, it was one of his dream cars. Well, after this huge surprise, he officially became the new owner of this beautiful coupe. Watch the video and try to hold back your tears.

Right out of the gate, I found it extremely cool that the father spotted the red Corvette on the road as they pulled up to the location. You can tell he had genuine interest in the car, and even remarks at one point, “It could’ve been mine” as they walk up to the car for a closer look. That point right there is when you know things are about to get really good. He is still completely unsuspecting of the surprise gift even though it’s right in front of him.

You can’t blame the guy for having his full attention on this vintage sports car. Even though it’s a ’66, it still looks like a brand new Corvette ready for any car show. He even spots the Father’s Day gifts in the backseat. Right around this time, Lisa lets her dad know that the car is his, and the emotions that come over him are astounding. You can see him visibly get choked up. It starts to become reality for him when he looks at the custom license plate with his name on it.

Who wouldn’t love a Father’s Day Corvette gift? It’s a gorgeous car that just about anyone would appreciate. Just like that, he became a member of the Corvette club, and gets some T-shirts and hats with the branding as well. When he finally took a seat in this car and cranked it up, it sounds extremely aggressive. This isn’t just some factory, all-original car, either. It’s definitely had some upgrades installed. Not surprisingly, Dad wastes no time and pops it into gear to go for his first drive.

That’s love right there, and it makes me want to give my dad the same type of gift. There’s one thing for sure, and that’s the fact that he will not forget this day for a very long time. Family is one of the most important things that people have in this world, so why not show the ones you love just how much you care? That is a proper example of Father’s Day done right.