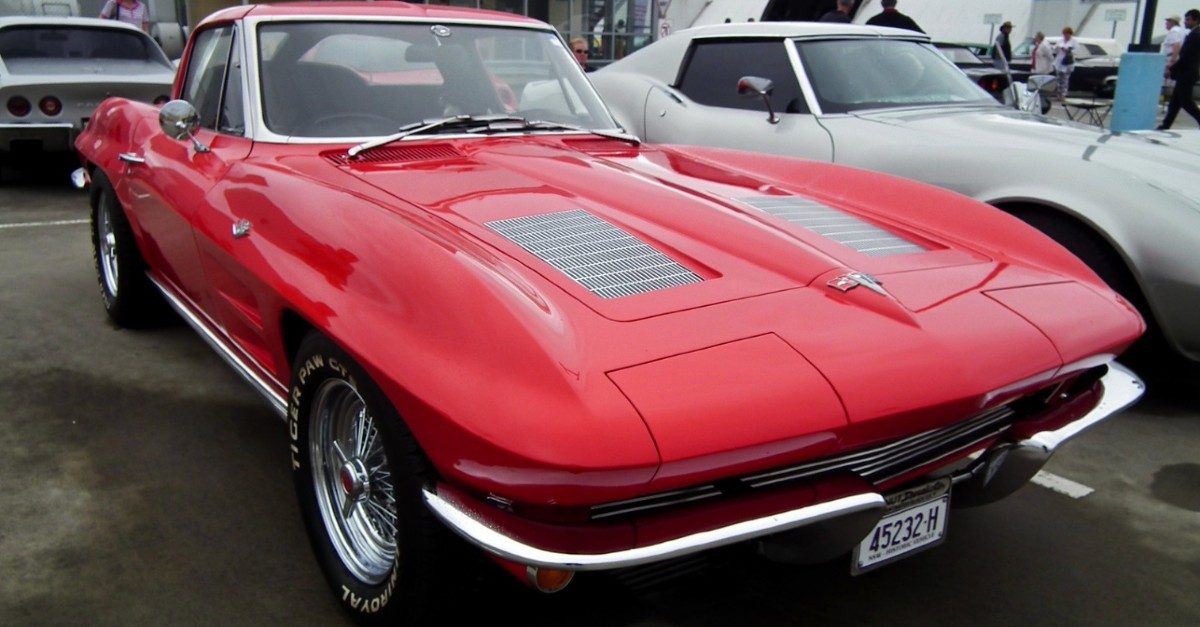 During the 1960s, car manufacturers really stepped up their game when it came to the engineering and designs of their vehicles. These manufacturers were looking to make a statement in the industry. They produced iconic muscle cars that grew to be classic cars and extremely sought after, even today.

Chevy is a perfect example, and when they introduced the Corvette Sting Ray in 1963, it was an absolute game-changer. This was the second generation of Corvette, and it had some drastic changes in both the design and engineering. People dreamed of owning one of these cars, and if they had one, it was likely their prized possession.

The ’63 model year not only changed the styling of the Corvette, but made massive improvements on the handling, as well. The second-generation Corvette was the result of many years of research, both on and off the track. It essentially evolved from a race car (Sting Ray Racer). The hardtop Corvette split-window coupe sported a unique rear window and fastback body style. However, If you wanted to feel the wind in your hair, the Corvette Sting Ray convertible was also available. Both styles had fiberglass bodies. Sales between the convertible and the hardtop were surprisingly even, however, the convertible sold just a little bit more.

Let’s look at the drivetrain. The standard engine offered a 327 cubic-inch V8, which produced a questionable 250 horsepower. Luckily, they included a few different engine options and even offered fuel injection on the most powerful small block V8 to bring your sports car closer to 360 horsepower. It was paired with a four-speed manual transmission, which gave the car a great driver’s feel.

The Chevrolet Corvette coupe had plenty of available equipment options for your car. You could add on power brakes, power steering, an AM/FM radio, air conditioning, and leather upholstery. It had eight different color options, such as the beautiful Daytona blue, Ermine white, or the bright Riverside red, if you wanted your ride to really pop. Black interior was always a good look, but you also had red and blue options for the inside, too.

1963 was the first year that Corvette offered their special equipment package, the RPO Z06. They only produced 199 of these units, and six of them were specifically made for Le Mans racing. The Z06 became known as a “big tank,” due to its oversized fuel tanks, which could hold 36.5 gallons compared to the standard 20 gallons. You could buy one of these new Corvettes from the dealership showroom for about $1,818 at the time.

Although unknown at the time, the original 1963 Sting Ray Corvette developed into one of the most desirable and most collectible Corvettes of all time. Its unique split-window design is actually more rare nowadays, probably because Chevy started offering replacement one-piece windows. This caused a healthy portion of these ’63 Corvettes to lose a lot of their value. If you still had the split-window, you got one that increased in value.

The Sting Ray is an awesome ’60s vehicle, and its style is extremely good-looking and unique compared to the other year models. Next time you see one at a car show, take an extra second to appreciate its rarity.