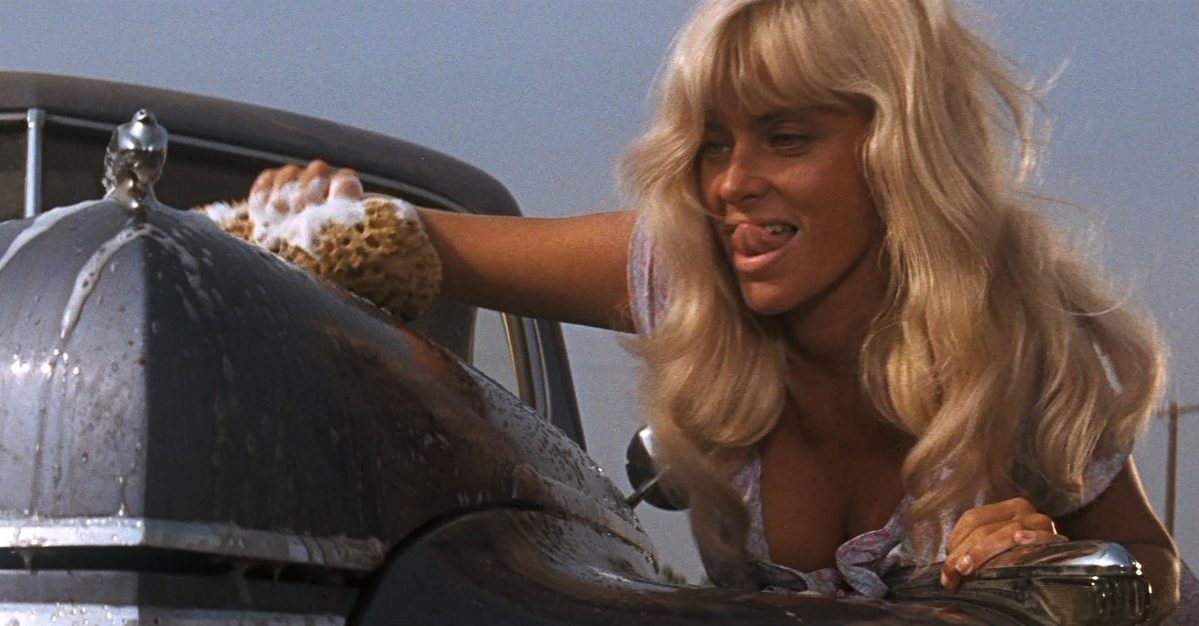 Hollywood is constantly upping the ante when it comes to edgy material. What was considered pretty wild a couple decades ago can now be fairly tame in comparison. Case and point, the sexy car wash scene.

In 2020, including a sexy car wash scene in a movie is about as risqué as a tube of toothpaste. But, in 1967, it was considered pretty groundbreaking. So, when Cool Hand Luke came out more than 50 years ago, seeing a hot blonde suds up a car was enough to get audiences’ eyes to bug out of their heads, Looney Tunes style.

In the car wash scene in question, the car-washing Lucille puts on quite the show, while Luke (Paul Newman), Dragline (George Kennedy), and the rest of the Florida prison chain gang look on in awe. It doesn’t really get much more classic than this!

Now, as many of you probably know, Cool Hand Luke was more than just a smut film from the late ’60s. Directed by Stuart Rosenberg, the Warner Bros. flick raked in more than $16 million at the box office and was nominated for four Oscars, including Best Adapted Screenplay, Best Original Score, Best Actor (Paul Newman), and Best Supporting Actor (George Kennedy, who would win the award). It’s widely considered to be one of the best movies of the 20th Century.

But, what many fans of the film may not know is that the woman who plays Lucille, Joy Harmon, was more than just a no-name extra.

Born in Flushing, New York, actress Joy Harmon moved with her family to Connecticut, where she was eventually a Miss Connecticut contestant. She was a contestant on Groucho Marx’s You Bet Your Life, and later became a regular on his subsequent show, Tell It to Groucho.

With several guest-starring roles on Gidget, Batman, and The Monkees, she also played a 30-foot-tall party girl in the movie Village of the Giants.

She got out of show business in 1973, and later started a bakery, Aunt Joy’s Cakes, in Burbank, California.