This could be the most expensive Grand National GNX ever 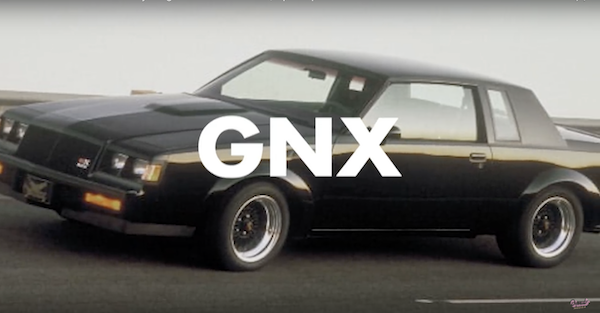 The Buick Grand National will forever have its place as the coolest sleeper Buick has ever made. The car dominated the late 80s with performance figures better than the Corvette, Camaro, Firebird, Mustang and the list goes on. To top this all off, Buick decided to go out with a bang and made an ultra-high performance model in 1987, called the GNX. This stood for Grand National Experimental, and the experiment just flat out worked. Buick teamed up with McLaren and American Specialty Cars on the GNX, and the result was a quarter mile time of 12.7 seconds and 0-60 mph in only 4.6 seconds. These numbers are still impressive today, and were enough back then to beat out the Ferrari F40, Porsche 930 and even the Lamborghini Countach. Collectors have known for a long time that the GNX was a sound investment, and soon we will know how high these cars can actually sell for.

General Motors never sold the first two GNX cars, and they still sit in a GM Museum to this day. The 3rd however, began life as a press car and has had a couple owners over the years. The car was put away in 1992, and just recently went through a cosmetic and mechanical restoration returning it to near show room condition.

The odometer reads just 10,790 actual miles, and the car will be hitting the auction block in January at the Barret Jackson Auction in Scottsdale, Arizona. The fact that this is the first ever publicly sold GNX, means it will likely be the highest selling GNX in history. There isn?t too much to base its value on, but we have seen a 362 mile GNX sell for $165,000, so it wouldn?t be too crazy to think this one will pull in at least that amount. The car is listed at no reserve, so whoever the highest bidder is when the hammer drops, will own the king of all Grand Nationals.

Related: This 1987 Buick Grand National is being sold by the last person you would expect