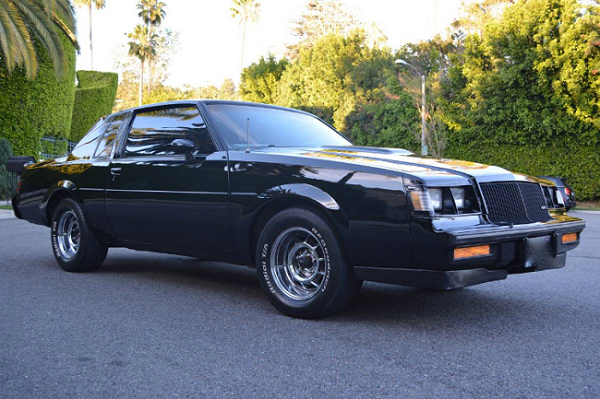 In today’s world, Buick is best-known for its luxury crossovers and SUVs, such as the Encore, Envision, and Enclave, but once upon a time, the company actually produced a genuine muscle car.

The vehicle we’re referring to is the Buick Grand National. Based on the standard Buick Regal of its time, the Grand National model came with a more powerful 3.8-liter turbocharged V6 engine, pumping out 245 horsepower and 355 lb-ft of torque. That might not seem like a lot of power for today’s standards, but more than 300 lb-ft of torque was pretty significant for the 1980s, especially from a Buick.

This model was only produced from 1982 to 1987, which adds to the vehicle’s exclusiveness and collectability. But, we have one more detail about a specific 1987 Buick Grand National that could further boost its value.

Actor David Spade–famous for his roles in movies such as “Grown Ups” and “Joe Dirt”–listed his ’87 Grand National on Craigslist for a cool $33,000. For that price, you not only get a piece of American muscle car history, but you’ll also get a picture of the car signed by Spade himself.

This particular car also made an appearance on Jay Leno’s Garage last year in which the comedians joked about blemishes to the car’s exterior. However, Spade has spent approximately $9,000 to restore the car’s appearance and mechanical parts since then, according to TMZ.com.

So why is Spade getting rid of the car anyway?

TMZ reports the comedian simply doesn’t have room for it.

His loss can be your gain.