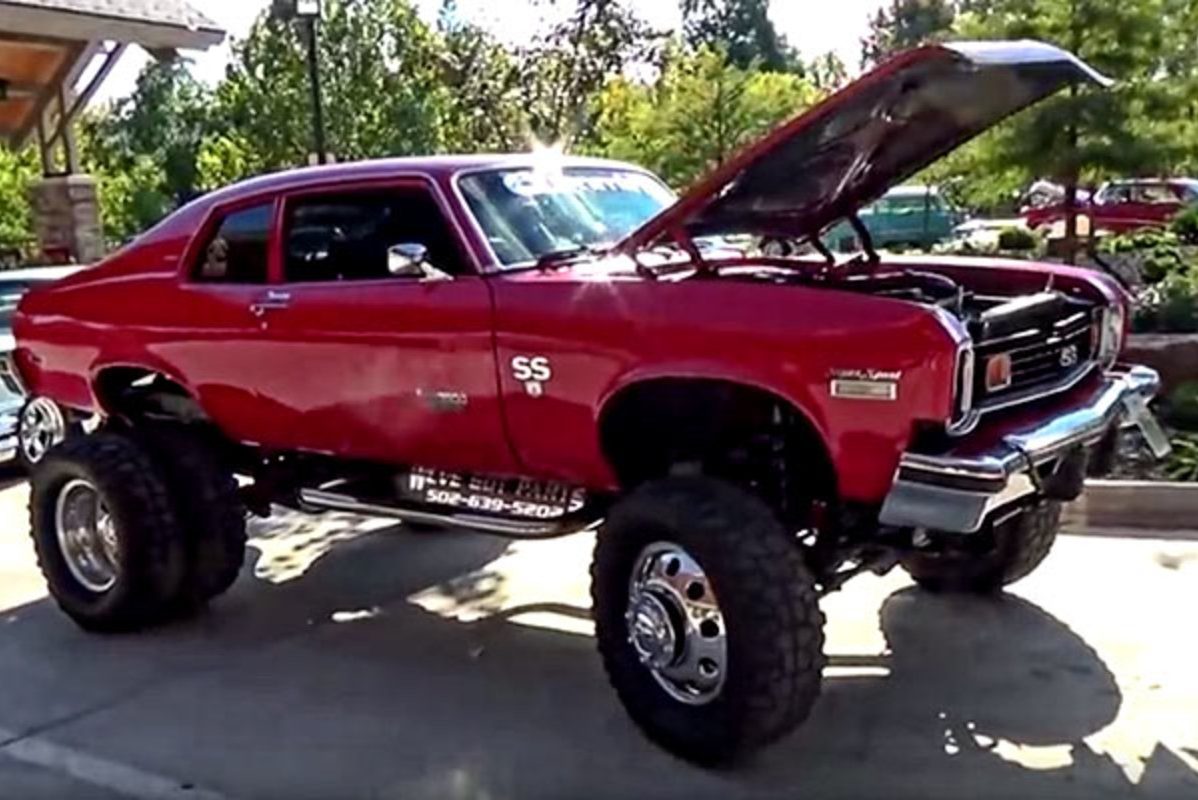 Rarely have we come across a car both this sleek and stylish on the outside, while also looking like it breathes fire and swallows other cars whole. But, YouTuber ScottieDTV makes a living finding the craziest custom cars and trucks out there, which is why we were not all that surprised when he exposed us to such an enigma.

Back in late October 2015, Scottie D went to the Pigeon Forge Rod Run in Pigeon Forge, Tennessee, where they showcase everything from vintage Jeeps to tricked-out sports cars and everything in between. This 1974 Chevrolet Nova SS was one of Scottie’s sweeter finds. It hearkens back to those classic muscle car days, and yet looks like something you might find in an off-roading redneck’s garage.

Read More: This 1958 Ford Ranchero Customized as a Drag Car Is as Slick as It Gets

First off, the ’74 Nova was outfitted with a massive suspension and jacked-up rims to match. Four-wheel drive on a muscle car? Yeah, this is some mad genius-level work. Also, did you notice the double wheels in the rear? With an aesthetic like that, this thing looks like it could do some serious damage on the Monster Jam circuit. Of course, that pristine red paint job lets you know that this ride is something special. It still evokes that classic Chevy look. Not something you would want to get dirty or scuffed up, that’s for sure.

Now, for the main attraction. The pièce de résistance. We’re talking about the Dodge 3500 Dually that this Nova is packing. Dear Lord. That’s pure, unadulterated diesel right there. It’s unclear how much horsepower and torque this engine is working with, and while it’d be cool to see the specific specs, you really only need a look at this thing from all angles to know that it’s any gearhead’s dream.