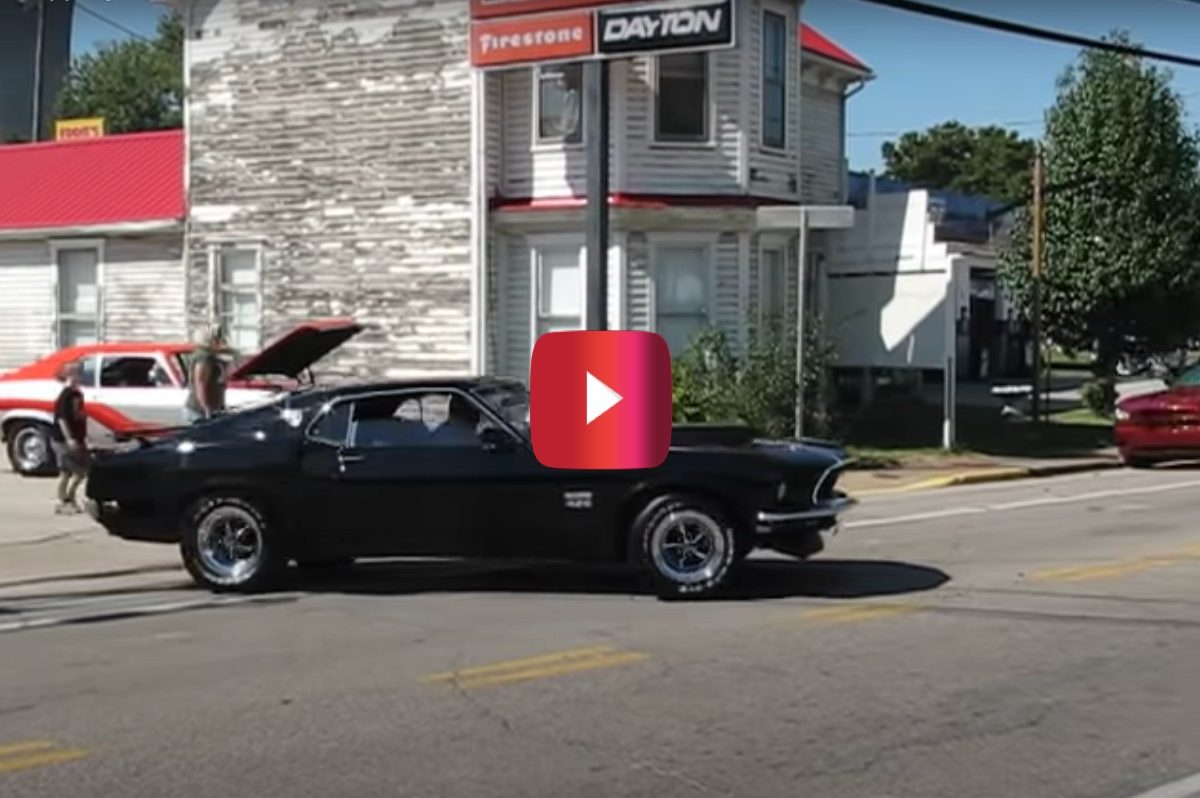 The ’69 Ford Mustang Boss 429 is now one of the rarest Mustangs in existence. The ’69 featured one of the most capable engines built in the late ’60s and early ’70s. Churning out only 375 horsepower, this Mustang had less power than the ’69 Chevrolet Hemi, but more than the ’69 Chrysler Newport. The Boss 429 is a sleeper and underestimated by many. The muscle car conceals a gigantic motor under the hood, ready to pack a punch. Fitting the huge motors into the ’69 Boss 429 was such a challenge that Ford actually had to outsource the labor to the Kar Kraft company.

Toting an engine originally built for NASCAR, the ’69 Boss 429 is one of a kind thanks to Semon “Bunkie” Newtson. Bunkie, a former General Motors exec, eventually became the president of Ford. He insisted that the large motor fit into the narrow ’69 Boss 429 body style, creating a Mustang completely novel to Ford.

In the below video, this ’69 Boss 429 is hitting notes fit for an opera house. This driver’s Mustang is sporting the manually controlled hood scoop, rear spoiler, and classic Raven Black colorway. The sounds from the high-performance camshaft are music to a gearhead’s ears. This award-winning beauty has clearly been fine-tuned by one maestro of a mechanic.

The video showcases the perfect symphony of revs and pops that come from a well-maintained Boss 429. Its sleek, practical front spoiler kept the front wheels grounded when this beast peeled off leaving skid marks on the road. The proud owner of this marvel shows off the 665 N.m of torque, as the engine roars alerting every passerby.

This unique brainchild of Bunkie and the Kraft Kar company was only available for two years. It was originally offered in Wimbledon White, Black Jade, Candyapple Red, Royal Maroon, and Raven Black. In 1970, five new body colors were introduced, complemented by black hood scoops. Ford only intended on producing 500 units of the Mustang Fastback for homologation purposes, but this gem quickly rose in popularity amongst drivers due to its potential.

Despite being priced closely to Corvette’s Stingray, drivers still saw the value of this four-speed manual transmission coupe. Today, popular auctioneer Mecum Auctions values the Mustang at a high of $350,000. That’s more than a 2020 Ferrari Portofino!

Originally built using the Cobra Jet Mustang as a template, the ’69 Boss 429 was a hail mary for Ford. The famed automaker was experiencing financial hardship at the time and struggling to compete with automakers like Chrysler. The pressure was on for Kar Kraft, as they had to make major adjustments such as engine bay modifications and deal with Mustang’s tight shock towers.

Lo and behold, these mad scientists made it work (after foregoing air conditioning for space). They created something truly memorable, that still warrants a double-take from gearheads today. The engine compartment featured an oil cooler, power steering, and dry deck cylinder heads. The limited-slip differential and traction-lok axle ensured a smooth ride with all the power that a driver could hope for. It also featured a stylish wooden steering wheel, competition suspension, and front disc brakes. The ’69 was the first Mustang model year to include a stock rear sway bar. Its Deluxe decor group interior nearly rivaled the trimmings of the Mustang Mach 1 class. The Boss 429 emblem sat perfectly on the front fender.

If you’re in the market for a ’69 Boss 429 of your own, you may want to include a new carburetor in your budget to get rid of some of that nasty smog. A Bunkie Newtson half-court shot and some major elbow grease from Kar Kraft created a ride that looks good, sounds better, and is still relevant to car culture a half-century later. It ain’t called the Boss for nothin’.